André Téchiné (born 1943) is a French screenwriter and film director. He has a long and distinguished career that places him among the most accomplished post-New Wave French film directors.

Téchiné belongs to a second generation of French film critics associated with Cahiers du cinéma who followed François Truffaut, Claude Chabrol, Jean-Luc Godard and others from criticism into filmmaking. He is noted for his elegant and emotionally charged films that often delve into the complexities of emotions and the human condition.

One of Téchiné's trademarks is the lyrical examination of human relations in a sensitive but unsentimental way, as can be seen in his most acclaimed films: My Favorite Season (1993) and Wild Reeds (1994).

André Téchiné was born on 13 March 1943 at Valence-d'Agen, a small town in the Midi-Pyrénées region, department of Tarn-et-Garonne, France. His family, of Spanish ancestry, owned a small agricultural equipment business. He grew up in the southwest French countryside and in his adolescence acquired a passion for film. From 1952 to 1959 he went to a Catholic boarding school in Montauban. He was allowed to leave only on Sunday afternoons, when he would go to the cinema, although he often had to return before the screening ended. In 1959 he transferred to a secular state school, which exposed him to a different culture, with Marxist teachers, a film club and a film magazine, La Plume et l'écran, to which he contributed. "Films were my only opening to the world," Téchiné has said. "They were my only possibility of escaping my family environment and my boarding school. It was probably dangerous because, through movies, I learned how the world works and how human relations work. But it was magical, and I was determined to follow the thread of that magic."

At nineteen he moved to Paris to pursue filmmaking. He failed the entrance examination at France's most prominent film school, but started to write reviews for Cahiers du cinéma, where he worked for four years (1964–1967). His first article was about Truffaut's The Soft Skin, published in July 1964.

Téchiné's first filmmaking experience emerged from a theatrical milieu. He went on to become assistant director for Marc'O in Les Idoles (1967), a film version of an experimental play. This film was edited by Jean Eustache; Téchiné has an uncredited walk-on appearance in Eustache's film La Maman et la putain (1972). Téchiné was also assistant director to Jacques Rivette (his editor at Cahiers du Cinema) on L'amour fou (1969).

Téchiné is noted for his elegant and emotionally charged films that often delve into the complexities of human condition and emotions. An intimist flavor pervades his work. One of Téchiné's trademarks is the lyrical examination of human relations in a sensitive but unsentimental way. Influenced by Roland Barthes, Bertolt Brecht, Ingmar Bergman, William Faulkner and the cinematic French New Wave, Téchiné's originality lies in his subtle exploration of sexuality and national identity, as he challenges expectations in his depictions of gay relations, the North African dimensions of contemporary French culture, and the center-periphery relationship between Paris and his native Southwest. Shy and ascetic-looking, Téchiné does not opine on political issues and rarely appears on television. Fear of flying prevents him from attending most film openings or festivals more than a train ride from his Paris apartment overlooking the Luxembourg Garden.

"I never know how each film will end," Téchiné has said. "When I'm filming, I shoot each scene as if it were a short film. It's only when I edit that I worry about the narrative. My objective is to tell a story, but that's the final thing I do." 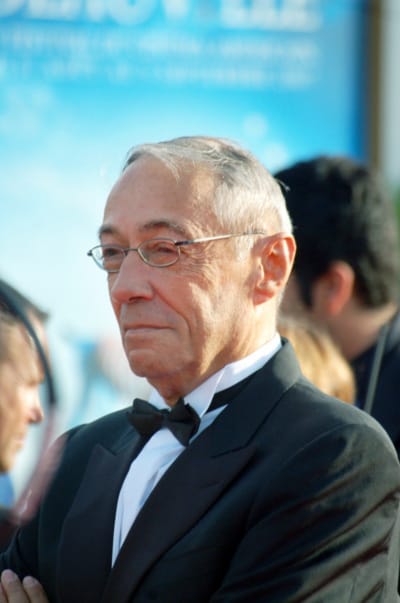