Andrei Konchalovsky (born 1937) is a Russian filmmaker, theatre director, and screenwriter. He is a laureate of the Order For Merit to the Fatherland, an Officer of the Order of Arts and Letters, a Cavalier of the Order of Merit of the Italian Republic, and a People's Artist of the RSFSR. His father was the writer Sergey Mikhalkov, best known for writing whimsical movies showing off traditional Russian culture.

Konchalovsky's work has encompassed theatrical motion pictures, made-for-television films, and stage productions in both Russia and the United States. He was a frequent collaborator of Andrei Tarkovsky earlier in his career, and his directorial credits include Uncle Vanya, Siberiade, Maria's Lovers, Runaway Train, Tango & Cash, The Inner Circle, Assia and the Hen with the Golden Eggs, House of Fools, The Postman's White Nights, and Paradise. He also directed the miniseries adaptation of The Odyssey. His work has won numerous accolades, including the Cannes Grand Prix Spécial du Jury, a FIPRESCI Award, two Silver Lions, three Golden Eagle Awards, and a Primetime Emmy Award.

Konchalovsky was born Andrei Sergeyevich Mikhalkov in Moscow, Russian Soviet Federative Socialist Republic, to an aristocratic family of Mikhalkovs, with centuries-old artistic and aristocratic heritage tracing their roots to the Grand Duchy of Lithuania. His father was writer Sergey Mikhalkov, and his mother was poet Natalia Konchalovskaya. His brother is filmmaker Nikita Mikhalkov. He is frequently referred to as Andron, but as he stated several times, Andron was just a diminutive used by his grandfather and never was his official name; he prefers the name, Andrei.

He studied for ten years at the Moscow Conservatory, preparing for a pianist's career. In 1960, however, he met Andrei Tarkovsky and co-scripted his movie Andrei Rublev (1966).

His first full-length feature, The First Teacher (1964), was favorably received in the Soviet Union and screened by numerous film festivals abroad. His second film, Asya Klyachina's Story (1967), was suppressed by Soviet authorities. When issued twenty years later, it was acclaimed as his masterpiece. Thereupon, Konchalovsky filmed adaptations of Ivan Turgenev's A Nest of Gentle Folk (1969) and Chekhov's Uncle Vanya (1970), with Innokenty Smoktunovsky in the title role.

In 1979 he was a member of the jury at the 11th Moscow International Film Festival. His epic Siberiade upon its 1979 release was favorably received at Cannes and made possible his move to the United States in 1980.

His most popular Hollywood releases are Maria's Lovers (1984), Runaway Train (1985), based on a script by Japanese director Akira Kurosawa, and Tango & Cash (1989), starring Sylvester Stallone and Kurt Russell. In the 1990s, Konchalovsky returned to Russia, although he occasionally produced historical films for U.S. television, such as his adaption of The Odyssey (1997) and the award-winning remake, The Lion in Winter (2003).

Konchalovsky's full-length feature, House of Fools (2003), with a cameo role by Bryan Adams as himself, set in a Chechen psychiatric asylum during the war, won him a Silver Lion at the Venice Film Festival.

In 2010, Konchalovsky released a longtime passion project of his, The Nutcracker in 3D, a musical adaptation of Peter Ilyich Tchaikovsky's ballet. A musical film, it mixed live-action and 3D animation and starred Elle Fanning, John Turturro, Nathan Lane, and Richard E. Grant. The film was scored with music from the ballet, with additional lyrics by Tim Rice.

In the same year, Konchalovsky also featured in Hitler in Hollywood, a bio-doc about Micheline Presle which evolves into a thrilling investigation of the long-hidden truth behind European cinema. This mockumentary thriller uncovers Hollywood's unsuspected plot against the European motion picture industry. The film won the FIPRESCI Prize at the Karlovy Vary International Film Festival and was nominated for a Crystal Globe award in July 2010.

In 2012, Konchalovsky wrote, directed, and produced The Battle for Ukraine, which provided an in-depth analysis of how Ukraine to this day struggles to escape from the close embrace of its former big brother, Russia. This extensive study lasted for almost three years and involved an array of Ukrainian, Russian and American historians, politicians, and journalists, as well as the ex-President of Poland Aleksander Kwasniewski, the ex-President of Slovakia Rudolf Schuster, the ex-President of Georgia Eduard Shevardnadze, the seventh Secretary-General of the United Nations Kofi Annan, the ex-Prime Minister of Russia Viktor Chernomyrdin, and the businessman Boris Berezovsky.

2013 saw Konchalovsky co-produce a story previously untold on film. Film-maker Margy Kinmonth invited the Prince of Wales to make a journey through history to celebrate the artistic gene in his family and reveal an extraordinary treasure trove of work by royal hands past and present, many of whom were accomplished artists. Set against the spectacular landscapes of the Royal Estates and containing insights into works by members of The Royal Family down the centuries and The Prince of Wales's own watercolors, 'Royal Paintbox' explores a colorful palette of intimate family memory and observation.

His film The Postman's White Nights won the Silver Lion at the 71st Venice International Film Festival. The script is centered around the true story of Aleksey Tryaptisyn, a real-life postman based in a remote Russian village surrounding the Kenozero lake.

In 2016, Paradise directed by him won the Silver Lion at the 73rd Venice International Film Festival. It was selected as the Russian entry for the Best International Feature Film at the 89th Academy Awards.

In 2012, Konchalovsky was one of 103 public figures to sign a petition in support of the band Pussy Riot during their 2012 trial.

Konchalovsky has expressed support for the annexation of Crimea.

In October 2013, Konchalovsky and daughter Maria were involved in a vehicular collision in the south of France. Konchalovsky lost control of a rented Mercedes and swerved into oncoming traffic, where he crashed into another car. Maria suffered a traumatic brain injury and was placed into an induced coma. By 2018, Maria’s condition had improved, and she returned to Russia with her parents. 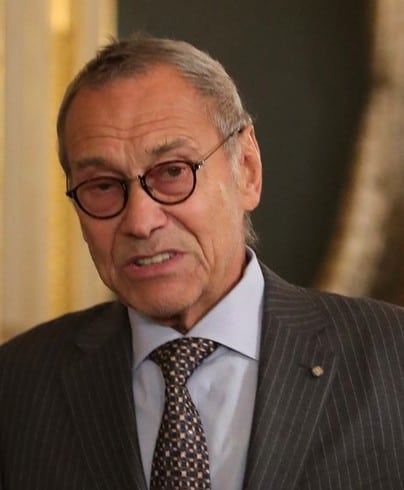