Lesnie was born in Sydney, New South Wales, on 1 January 1956, the son of Shirley (Lithgow) and Allan Lesnie, who worked for the family's company, butcher suppliers Harry Lesnie Pty Ltd.

He was educated at Sydney Grammar School. Andrew was well-liked and popular at school. Lesnie finished 6th form and his Higher School Certificate in 1974. He started his career in 1978 as an assistant camera operator on the film Patrick (1978) while he was still in school at Australian Film, Television and Radio School (AFTRS).

His first job after graduation in 1979 was as a cameraman on the Logie Award-winning Australian magazine-style afternoon TV show Simon Townsend's Wonder World. Simon Townsend gave Lesnie almost daily opportunities to develop his craft with little restriction over a wide variety of stories and situations and to experiment with camera and lighting techniques in hundreds of locations and situations. After two years of working on the show, Lesnie moved on to numerous Australian film and television productions, including the mini-series Bodyline.

Later, he worked as a second camera assistant on the film The Killing of Angel Street (1981).

Lesnie planned far ahead into the production with Peter Jackson with previsualization programs to help establish frame sizes and angles, as well as the construction of sets. During filming, Lesnie emphasized earthly colors in the makeup and wardrobe of the cast and extras.

At the acceptance speech for his Oscar win for Fellowship of the Ring, Lesnie dedicated his acceptance to chief lighting technician Brian Bansgrove, who he described as a major contributor to the quality of the film's cinematography.

For production, Lesnie used Red Digital Cinema's Epic cameras as well as Carl Zeiss Ultra Prime Lenses to photograph the film. Jackson and Lesnie decided to shoot the film in 3D with as many as 15 stereoscopic camera rigs (2 cameras each) with 3ality. They also decided to shoot the film at an uncommon frame rate of 48 frames per second versus the industry standard of 24 frames per second. This would make Lesnie the first cinematographer to employ such a method that claims to induce more clarity, reduce motion blur, and make 3D easier to watch.

Lesnie's final film, The Water Diviner, directed by and starring Russell Crowe, was released in Australia in December 2014 and in America in November 2015, one week before his death.

Lesnie lived on Sydney's north coast. He was a member of both the Australian Cinematographers Society and the American Society of Cinematographers. Lesnie died of a heart attack in his Sydney home on 28 April 2015. 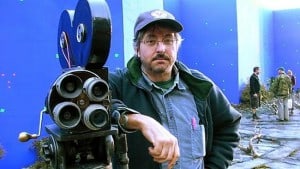