Andrzej Witold Wajda (1926 - 2016) was a Polish film and theatre director. Recipient of an Honorary Oscar, the Palme d'Or, as well as Honorary Golden Lion and Honorary Golden Bear Awards, he was a prominent member of the "Polish Film School". He was known especially for his trilogy of war films consisting of A Generation (1955), Kanał (1956), and Ashes and Diamonds (1958).

He is considered one of the world's most renowned filmmakers whose works chronicled his native country's political and social evolution and dealt with the myths of Polish national identity offering insightful analyses of the universal element of the Polish experience - the struggle to maintain dignity under the most trying circumstances.

Wajda was born in Suwałki, Poland, the son of Aniela (née Białowąs), a school teacher, and Jakub Wajda, an army officer. Wajda's father was murdered by the Soviets in 1940 in what came to be known as the Katyn massacre. In 1942, he joined the Polish resistance and served in the Home Army. After the war, he studied to be a painter at Kraków's Academy of Fine Arts before entering the Łódź Film School.

After Wajda's apprenticeship to director Aleksander Ford, Wajda was given the opportunity to direct his own film. A Generation (1955) was his first major film. At the same time, Wajda began his work as a director in theatre, including Michael V. Gazzo's A Hatful of Rain (1959), Hamlet (1960), and Two for the Seesaw (1963) by William Gibson. Wajda made two more increasingly accomplished films, which developed further the anti-war theme of A Generation: Kanał (1957) (Special Jury Prize at Cannes Film Festival in 1957, shared with Bergman's The Seventh Seal) and Ashes and Diamonds (1958) with Zbigniew Cybulski.

While capable of turning out mainstream commercial fare (often dismissed as "trivial" by critics), Wajda was more interested in works of allegory and symbolism, and certain symbols (such as setting fire to a glass of liquor, representing the flame of youthful idealism that was extinguished by the war) recur often in his films. Lotna (1959) is full of surrealistic and symbolic scenes and shots, but he managed to explore other styles, making new wave style Innocent Sorcerers (1960) with music by Krzysztof Komeda, starring Roman Polanski and Jerzy Skolimowski (who was also a co-scriptwriter) in the episodes. Then Wajda directed Samson (1961), the story of Jacob, a Jewish boy, who wants to survive during the Nazi occupation of Poland. In the mid-1960s Wajda made The Ashes (1965) based on the novel by Polish writer Stefan Żeromski and directed several films abroad: Love at Twenty (1962), Siberian Lady Macbeth (1962), and Gates To Paradise (1968).

In 1967, Cybulski was killed in a train accident, whereupon the director articulated his grief with Everything for Sale (1968), considered one of his most personal films, using the technique of a film-within-a-film to tell the story of a filmmaker's life and work. The following year he directed an ironic satire Hunting Flies with the script written by Janusz Głowacki and a short television film called Przekładaniec based on a screenplay by Stanisław Lem.

The 1970s were the most prolific artistic period for Wajda, who made over ten films: Landscape After the Battle (1970), Pilate and Others (1971), The Wedding (1972) – the film version of the famous Polish poetic drama by Stanisław Wyspiański, The Promised Land (1974), Man of Marble (1976) – the film takes place in two time periods, the first film showing the episodes of Stalinism in Poland, The Shadow Line (1976), Rough Treatment (the other title: Without Anesthesia) (1978), The Orchestra Conductor (1980), starring John Gielgud; and two psychological and existential films based upon novels by Jarosław Iwaszkiewicz – The Birch Wood (1970) and The Maids of Wilko (1979). The Birch Wood was entered into the 7th Moscow International Film Festival where Wajda won the Golden Prize for Direction.

Wajda continued to work in theatre, including Play Strindberg, Dostoyevsky's The Possessed, and Nastasja Filippovna – Wajda's version of The Idiot, November Night by Wyspiański, The Immigrants by Sławomir Mrożek, The Danton Affair or The Dreams of Reason.

Wajda's later commitment to Poland's burgeoning Solidarity movement was manifested in Man of Iron (1981), a thematic sequel to The Man of Marble, with Solidarity leader Lech Wałęsa appearing as himself in the latter film. The film sequence is loosely based on the life of Anna Walentynowicz, a hero of socialist labor Stakhanovite turned dissident and alludes to events from real life, such as the firing of Walentynowicz from the shipyard and the underground wedding of Bogdan Borusewicz to Alina Pienkowska. The director's involvement in this movement would prompt the Polish government to force Wajda's production company out of business. For the film, Wajda won the Palme d'Or at the Cannes Film Festival.

In 1983, he directed Danton, starring Gérard Depardieu in the title role, a film set in 1794 (Year Two of the French Republican Calendar) dealing with the Post-Revolutionary Terror. Made against the backdrop of martial law in Poland, Wajda showed how easily revolution can change into terror and start to "eat its own children." For this film, Wajda was honored with the Louis Delluc Prize and a César Award for Best Director. In the 1980s, he also made A Love in Germany (1983) featuring Hanna Schygulla, The Chronicle of Amorous Incidents (1986) an adaptation of Tadeusz Konwicki's novel and The Possessed (1988) based on Dostoyevsky's novel. In theatre, he prepared an interpretation of Dostoyevsky's Crime and Punishment (1984) and other unique spectacles such as Antygone, his sequential Hamlet versions, or an old Jewish play The Dybbuk. In 1989, he was the President of the Jury at the 16th Moscow International Film Festival.

In 1990, Andrzej Wajda was honored by the European Film Awards for his lifetime achievement, only the third director to be so honored, after Federico Fellini and Ingmar Bergman. In the early 1990s, he was elected a senator and also appointed artistic director of Warsaw's Teatr Powszechny. He continued to make films set during World War II, including Korczak (1990), a story about a Jewish-Polish doctor who takes care of orphan children, in The Crowned-Eagle Ring (1993) and Holy Week (1995) specifically on Jewish-Polish relations. In 1994, Wajda presented his own film version of Dostoyevsky's novel The Idiot in the movie Nastasja, starring Japanese actor Tamasoburo Bando in the double role of Prince Mishkin and Nastasja. The film's cinematographer was Pawel Edelman, who subsequently became one of Wajda's great collaborators. In 1996, the director went in a different direction with Miss Nobody, a coming-of-age drama that explored the darker and more spiritual aspects of a relationship between three high-school girls. In 1999, Wajda released the epic film Pan Tadeusz, based on the epic poem of the Polish 19th-century romantic poet Adam Mickiewicz.

A year later, at the 2000 Academy Awards, Wajda was presented with an honorary Oscar for his contribution to world cinema; he subsequently donated the award to Kraków's Jagiellonian University. In 2002, Wajda directed The Revenge, a film version of his 1980s comedy theatre production, with Roman Polanski is one of the main roles. In February 2006, Wajda received an Honorary Golden Bear for lifetime achievement at the Berlin International Film Festival. In 2007, Katyń was released, a well-received film about the Katyn massacre, in which Wajda's father was murdered; the director also shows the dramatic situation of those who await their relatives (mothers, wives, and children). The film was nominated for the Best Foreign Language Film Oscar in 2008.

Wajda followed it with Sweet Rush (2009) with Krystyna Janda as a main character. It is partly based upon a short Jarosław Iwaszkiewicz novel. The film is dedicated to Edward Kłosiński, Janda's husband, a cinematographer, and a long-time Wajda friend and co-worker who died of cancer the same year. For this film, Wajda was awarded by Alfred Bauer Prize at the 2009 Berlin International Film Festival. He received the Prix FIPRESCI during the 2009 European Film Awards. Walesa. Man of Hope (Wałęsa. Człowiek z nadziei), Wajda's biography of Lech Wałęsa, based on a script by Janusz Głowacki and starring Robert Więckiewicz in the title role, had its world premiere at the 2013 Venice International Film Festival. His last film was the 2016 Afterimage (Powidoki), starring Bogusław Linda as Polish avant-garde painter Władysław Strzemiński.

Wajda founded The Japanese Centre of Art and Technology in Kraków in 1994. In 2002, he founded and led his own film school with Polish filmmaker Wojciech Marczewski. Students of Wajda School take part in different film courses led by famous European filmmakers.

Wajda was married four times. His third wife was actress Beata Tyszkiewicz with whom he had a daughter, Karolina (born 1967). His fourth wife was the theatre costume designer and actress Krystyna Zachwatowicz.

In September 2009, Wajda called for the release of director Roman Polanski after Polanski was arrested in Switzerland in relation to his 1977 charge for drugging and raping a 13-year-old girl.

Wajda died in Warsaw on 9 October 2016 at the age of 90 from pulmonary failure. He was buried at Salwator Cemetery in Kraków. 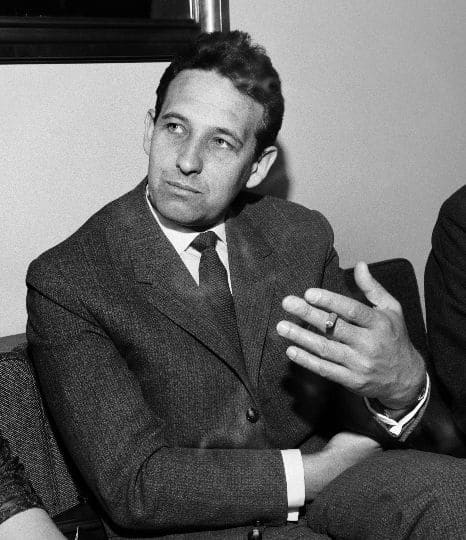 Andrzej Wajda
see also
resources
source
Adapted from content published on wikipedia.org
credit
Last modified on May 26, 2021, 5:36 am
previous
next
Videocide.com is a service provided by Codecide, a company located in Chicago, IL USA.