Winner of 2 national awards and multiple international awards, Das started his film career in the mid-1970s with two documentaries named The Art of Anant Malakar and Tripura. His first feature was Sainik (Soldier). The film was shown in various international film festivals including Berlin in 1976. Other notable ones were Mannheim, Tehran, Cracow, Mongolia, and Yugoslavia and it was invited to San Remo Film Competition in Italy.

In 2001, he made the feature film Saanjhbatir Rupkathara (Strokes and Silhouettes), which was picked up by Columbia Tristar for distribution. The film was showcased at several international film festivals including the Montreal World film festival, London, Rome, Rotterdam, Edmonton, Madrid, Singapore, etc. The film was chosen as one of the seven best films of that year at London. Then came the feature film Iti Srikanta (Yours Truly, Srikanta) which did the usual round of festivals and won a National Award for Best Audiography in 2004. It was shown in the Indian Panorama of International Festival Of India 2004 and was shown in various international film festivals such as Rotterdam, Edinburgh, Brisbane, and Singapore.

In 2006, he made the film Faltu (The Saga of Ranirghat) which also did its usual round of festivals and also got A National Award for The Best Feature Film On Welfare. In 2007, he made Jara Brishtitey Bhije Chilo (Drenched in the ...Rain), for which he won the Special Director's Award at Almaty, Kazakhstan, and two awards from Madrid, Spain - Best Actress and Jury Special Award for The Director. This film also was an entry in the Indian Panorama of International Film Festival Of India 2007.

He won 11 Bengal Film Journalists' Association awards for the last three films. He made a documentary on the rebel poet Kazi Nazrul Islam, produced by the Ministry of External Affairs, Government of India, and was inaugurated by the External Affairs Minister, Pranab Mukherjee at a function at Habitat Centre, New Delhi.

Thereafter, he also made a few documentaries produced by PSBT and Films Division which include 'Maa durga' (On Goddess Durga) and 'Flow & Ebb' (On boatmen of Bengal). His feature film 'Swarger Nichey Manush' (People under Heaven) starring Rituparna Sengupta was showcased at various film festivals but is still awaiting commercial release.

Incidentally, all the above films were shown in the OSIAN'S CINEFAN Festival, perhaps the largest showcase of films in India. 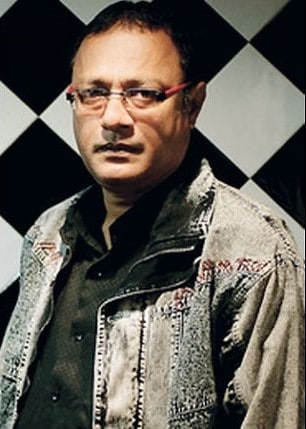