Throughout the festival, in addition to the competing films projected in various cinemas of the city, an open-air night projection is organized on Pâquier, in the center of town, amongst the lake and with the mountains. According to the topic of the festival, classic or recent films are projected upon the giant screen. On Saturday evening, all the award winners are presented. 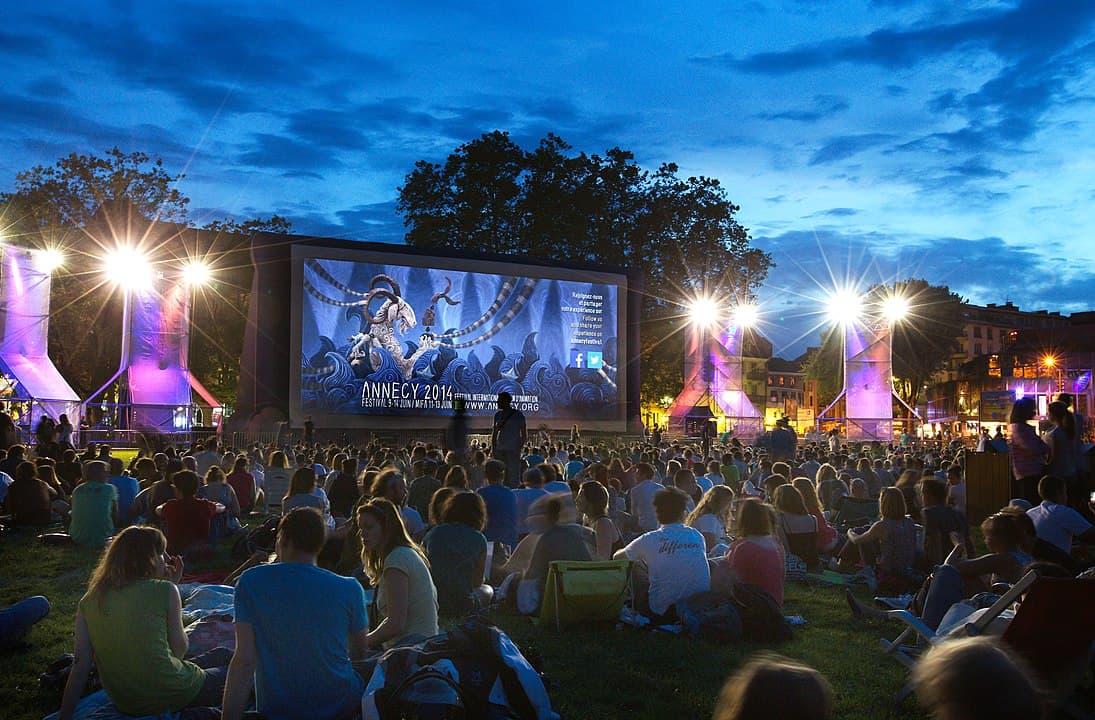