A photographic films, papers, and cameras company based in Binghamton, New York.

Ansco was the brand name of a photographic company based in Binghamton, New York, which produced photographic films, papers, and cameras from the mid-19th century until the 1980s. In the Late 1880s ANSCO's predecessor, Anthony, and Scovill bought the Goodwin Camera & Film Company. Hannibal Goodwin invented the flexible photographic film, which should have made Anthony Scovill the leader in the amateur photography business. But George Eastman copied the patented process and immediately set out to compete against Anthony Scovill.

The ruthless behavior of Eastman nearly drove the now named ANSCO out of business, but a settlement in 1905 saved the company from bankruptcy. Eastman Kodak got away cheaply on this legal proceeding. In 1928 AGFA merged with ANSCO to allow it to compete in the worldwide photographic market like its competitors, Kodak and Zeiss. This joint company added many AGFA cameras and accessories to its sales in the USA as a result.

In the months after the bombing of Pearl Harbor, the US Government seized AGFA-ANSCO. This now government-run business continued to survive as hostile alien property (under government control into the 1960s). During this period, the organization was renamed GAF (General Aniline & Film Corporation). Throughout the postwar period, the concern sold rebadged versions of cameras made by other manufacturers, including Agfa and Chinon. A Minolta-built Ansco model was the first 35 mm camera in space and their film was used in space, too. 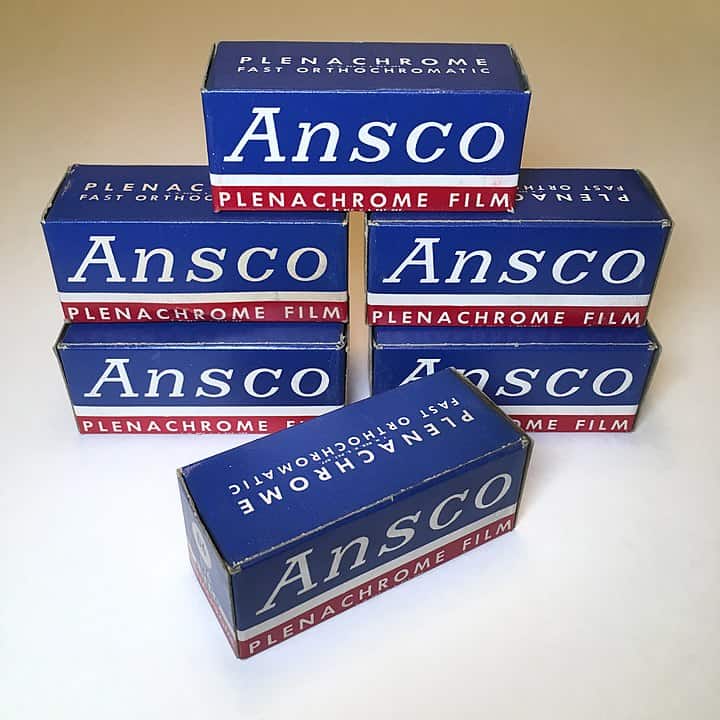