Antonio Chavarrías (born 1956) is a Spanish filmmaker, screenwriter, and film producer. Some of his most recognized films are Childish Games (2012), showed at the 2012 Berlinale (2012), Celia's Lives (2006), exhibited at the San Sebastián International Film Festival, and You'll Be Back (2002), which earned him a nomination for the Goya Awards for the Best Adapted Screenplay in 2002.

Chavarrías has produced several films some of which have been exhibited and received award nominations at world-renowned festivals such as the Cannes Film Festival, the Rotterdam Film Festival, the Sundance Film Festival, and the Berlinale. In 1990, he founded his |film production| company, Oberon Cinematográfica, which has produced the first movies by directors such as Claudia Llosa and Marc Recha, demonstrating his ability to discover new talent. Claudia Llosa has won awards at important festivals such as Rotterdam and Berlin. She has also been nominated for an Oscar for her second feature: The Milk of Sorrow (2009). Marc Recha was nominated for the Golden Palm for his film Pau and His Brother (2001).

As screenwriter and director

Antonio Chavarrías is the scriptwriter and director of Childish Games (2012), a movie that was exhibited in the Official Section of the Berlin International Film Festival in 2012. The film stars Juan Diego Botto, Bárbara Lennie, Mágica Pérez and Nora Navas.

Some of his other prominent films include Susanna (1996), Manila (1991), and A Shadow in the Garden (Una Sombra en el Jardin) (1989) for which Chavarrías won several awards and was screened at many festivals.

In 2015 Chavarrías was preparing a new project: The Chosen, a historical thriller about the assassination of Leon Trotsky. It was scheduled to be filmed in Barcelona and Mexico and deals with the last ten years of Trotsky's life in Mexico. This new project is a co-production between Oberon Cinematográfica and Alebrije Cine y Video, film producer Mónica Lozano's company known for movies such as Instructions not included (2013) or Amores Perros (Love's a Bitch) (2000).

The Milk of Sorrow (2009) by Claudia Llosa was nominated for an Oscar for Best Foreign Language Film in 2010 and won the Golden Bear of Berlin in 2009, and Madeinusa (2006) also by Llosa whose awards include the Grand Jury Award at the Sundance Film Festival.

The Fear (2013) by Jordi Cadena won the Gaudí Award for Best Supporting Actor, and his film Elisa K (2010) won the Special Jury Award at the San Sebástian International Film Festival in 2010.

Other awards and recognition

In 2012, the book Filmmakers of the Film Library of Catalonia was published dedicated to Chavarria's film career. The book was written by Elisabet Cabeza, a journalist and university professor specializing in cinema.

Antonio Chavarrías was vice president of the Spanish Academy of Arts and Cinematographic Sciences from 2000 to 2003.

You'll be Back was the winner of the Best Edition Award at the Barcelona Film Awards.

Susanna was an Official Section in the Brussels International Film Festival and the winner of the Best Director Award at the Verona Film Festival.

Manila was the winner of the Best Director of the Cinematography Award from the Government of Catalonia.

A Shadow in the Garden was the winner of the Best Director of the Cinematography Award from the Government of Catalonia and winner of the First Work Award at the Sant Jordi Awards. 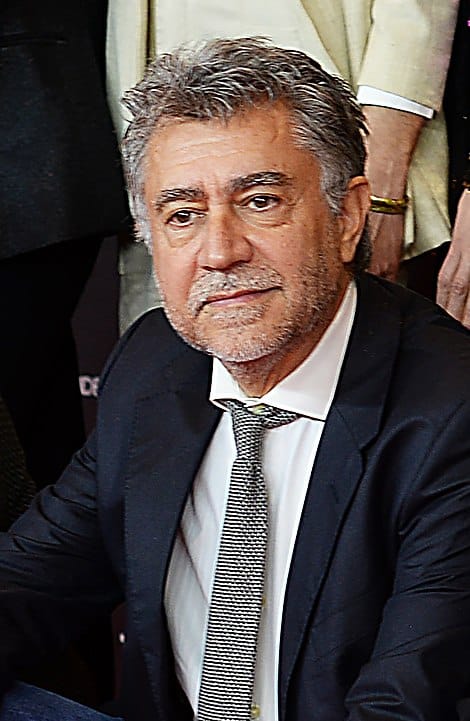