Antonio Momplet (1899 -1974) was a Spanish film director and screenwriter. He worked in Spain, France, Argentina, and Mexico.

Antonio Momplet was born in Cádiz, Andalusia. He worked as a journalist and translator of foreign films in Barcelona until 1927 when he moved to Paris and began to work for Gaumont. In the mid-1930s he moved back to Spain where he directed four feature films and founded the film journal Cine Art, which quickly became influential. To avoid the Spanish Civil War, he moved to Argentina in 1937 and made eight feature films in the following years. In 1943 he moved to Mexico to join the film industry there and made a number of Mexican films both as director and writer for others before he moved back to Buenos Aires in 1946. In 1952 he returned to Spain. During his final Spanish period, he made films such as the Spaghetti Western parody Due contro tutti, before he retired in 1964. He settled in Cadaqués where he died in 1974. 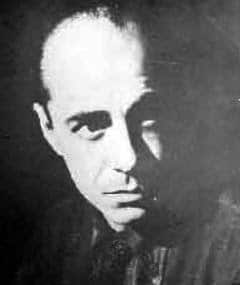