Anurag Kashyap (born 1972) is an Indian film director, writer, editor, producer, and actor known for his works in Hindi cinema. He is the recipient of several accolades, including four Filmfare Awards. For his contributions to film, the Government of France awarded him the Ordre des Arts et des Lettres (Knight of the Order of Arts and letters) in 2013.

After writing a television serial, Kashyap got his major break as a co-writer in Ram Gopal Varma's crime drama Satya (1998), and made his directorial debut with Paanch, which never had a theatrical release due to censorship issues. He then went on to direct Black Friday (2004), a film based on the namesake book by Hussain Zaidi about the 1993 Bombay bombings. Its release was held up for two years by the Central Board of Film Certification because of the pending verdict of the case at that time but was released in 2007 to widespread critical appreciation. Kashyap's follow-up, No Smoking (2007) met with negative reviews and performed poorly at the box office. His next venture Dev.D (2009), a modern adaptation of Devdas was a critical and commercial success; followed by the political drama Gulaal (2009), and the thriller That Girl in Yellow Boots (2011).

Kashyap's prominence increased with the two-part crime drama, Gangs of Wasseypur (2012). Kashyap subsequently co-produced the critically acclaimed drama The Lunchbox, and the biographical drama Shahid (both 2013), the former earned him a BAFTA Award for Best Film Not in the English Language nomination. His next films were the anthology Bombay Talkies (2013), and the drama Ugly (2014). In 2016, Kashyap directed Raman Raghav 2.0, a film based on the serial killer Raman Raghav. His next film was the sports drama Mukkabaaz, which was released in 2018. The same year, he co-directed India's first Netflix Original series, the crime thriller Sacred Games, based on Vikram Chandra's novel of the same name and the romantic drama Manmarziyaan. He is also the co-founder of a |film production| company, Good Bad Films. 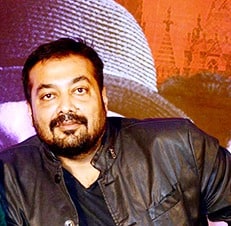