Aparna Sen (born 1945) is an Indian film director, screenwriter, and actress who is known for her work in Bengali cinema. She has received multiple awards, including nine National Film Awards and a Padma Shri.

Sen was born in a Bengali family, originally from Cox's Bazar in Chittagong District (now in Bangladesh). Her father was the veteran critic and filmmaker Chidananda Dasgupta. Her mother Supriya Dasgupta was a costume designer and earned the National Film Award for Best Costume Design for Chidananda's directorial venture Amodini (1995), at the age of 73. Sen is a relative of Bengali poet Jibanananda Das. Sen spent her childhood in Hazaribagh and Kolkata and had her schooling at Modern High School for Girls, Kolkata, India. She studied for her B.A. in English at Presidency College but did not complete the degree.

Sen made her film debut at the age of 15 when she played the role of Mrinmoyee in the Samapti portion of the 1961 film Teen Kanya (Three Daughters) directed by Satyajit Ray (who was a longtime friend of her father's). She then studied at Kolkata's Presidency College.

At fifteen she was photographed by Brian Brake for the well-known photo from his 1960 "Monsoon" series of photographs; the photo appeared on the cover of Life.

In 2009, Sen announced her next Bengali film Iti Mrinalini, which starred Konkona Sen Sharma, Aparna Sen, Rajat Kapoor, Kaushik Sen, and Priyanshu Chatterjee. First-time screenwriter Ranjan Ghosh co-authored Iti Mrinalini. This was the first time that Sen collaborated with any film writer or became attached to the curriculum of a film institute. The screenplay of Iti Mrinalini was an assignment in the Screenwriting syllabus at the Mumbai-based film school Whistling Woods International. It was also a major first in Indian screenwriting, as the first time that any screenplay from an Indian film institute was actually filmed. The film was released on 29 July 2011.

In 2013, her film Goynar Baksho (The Jewellery Box) was released depicting three generations of women and their relationship to a box of jewels. It ran to packed houses and won critical acclaim from reviewers and critics. Thereafter, in 2015, Arshinagar, an adaptation of Romeo and Juliet was released.

In 2017, Sonata—an English film written and directed by Sen—was released. Adapted from a play by Mahesh Elkunchwar, the film examines the life of three middle-aged unmarried friends played by Aparna Sen, Shabana Azmi, and Lillete Dubey. 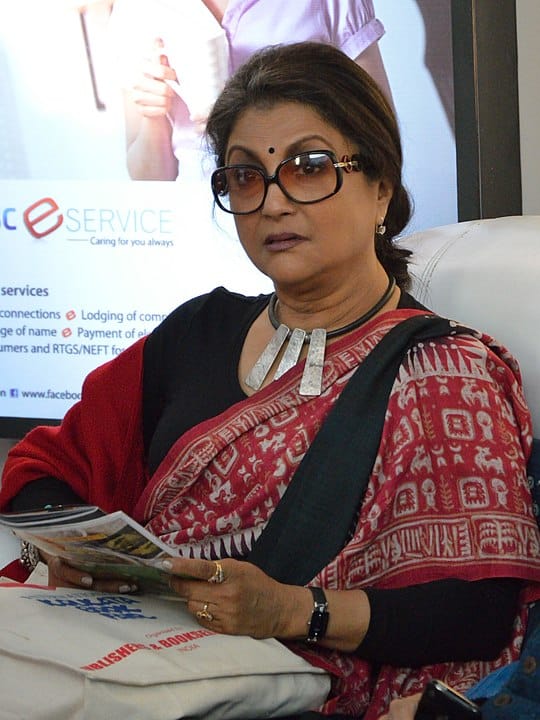