Argus was an American maker of cameras and photographic products, founded in 1936 in Ann Arbor, Michigan. Argus originated as a subsidiary of the International Radio Corporation (IRC), founded by Charles Verschoor. Its best-known product was the C3 rangefinder camera, which enjoyed a 27-year production run and became one of the top-selling cameras in history. The company's Model A was the first low-cost 35 mm camera in the United States. Sylvania acquired Argus in 1959 and sold it in 1969, by which time it had ceased camera production (some rebadged cameras continued to be sold under the Argus name through the 1970s).

More recently, the Argus brand has been reestablished and is used on a variety of inexpensive digital cameras made by Argus Camera Company, LLC., located in Inverness, Illinois. Argus had two cameras for children developed in partnership with TEAMS Design. The cameras, the Bean and Sprout, won a Bronze 2009 IDEA award from Bloomberg BusinessWeek and the Industrial Designers Society of America in addition to an Appliance Design 2009 EID award. 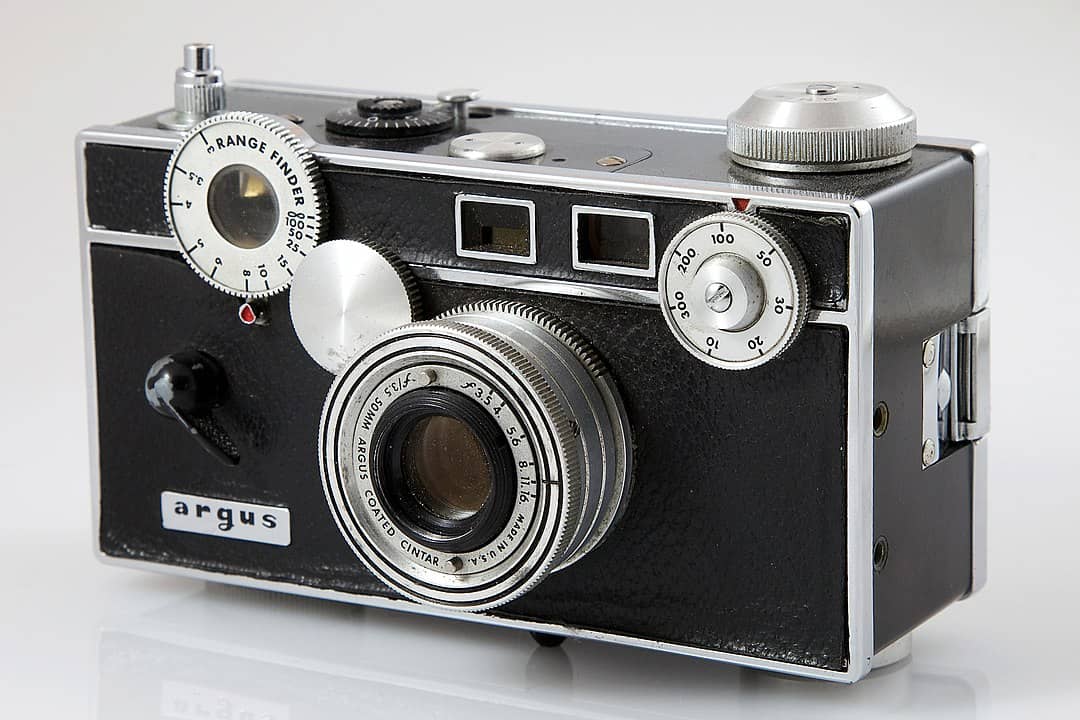