Arthur "Art" Clokey, born Arthur Charles Farrington (1921 - 2010) was an American pioneer in the popularization of stop-motion clay animation, best known as the creator of the character Gumby and the original voice of Gumby's sidekick, Pokey. Clokey's career began in 1953 with a film experiment called Gumbasia, which was influenced by his professor, Slavko Vorkapich, at the University of Southern California. Clokey and his wife Ruth subsequently came up with the clay character Gumby and his horse Pokey, who first appeared in the Howdy Doody Show and later got their own series The Adventures of Gumby, from which they became a familiar presence on American television. The characters enjoyed a renewal of interest in the 1980s when American actor and comedian Eddie Murphy parodied Gumby in a skit on Saturday Night Live.

Clokey founded the company Premavision (which has a manufacturing subsidiary, Prema Toy Company) around his Gumby and Pokey franchise.

At Webb School in Claremont, young Clokey came under the influence of teacher Ray Alf, who took students on expeditions digging for fossils and learning about the world around them. Clokey later studied geology at Pomona College, where his father Joseph was an organist, before leaving in 1943 to join the military during World War II. He graduated from his father's alma mater, Miami University, in 1948.

Art Clokey also made a few highly experimental and visually inventive short clay animation films for adults, including his first student film Gumbasia (produced in 1953 and released in 1955), the visually rich Mandala (1977)—described by Clokey as a metaphor for evolving human consciousness—and the equally bizarre The Clay Peacock (1959), an elaboration on the animated NBC logo of the time. Consisting of animated clay shapes contorting to a jazz score, Gumbasia so intrigued Samuel G. Engel, then president of the Motion Pictures Producers Association, that he financed the pilot film for what became Clokey's The Gumby Show (1957). The title Gumbasia was in homage to Walt Disney's Fantasia.

In 1987, Clokey provided the voice for the figure Pokey in Arnold Leibovit's film The Puppetoon Movie and has been voicing him since.

The Clokeys are credited with the clay-animation title sequences for the 1965 beach movies Dr. Goldfoot and the Bikini Machine and How to Stuff a Wild Bikini. His son, Joe Clokey, continued the Davey and Goliath cartoon in 2004. In March 2007, KQED-TV broadcast the hour-long documentary Gumby Dharma as part of their Truly CA series.

In 1995, Clokey and Dallas McKennon teamed up again for Gumby: The Movie, a feature film. The movie was not a success at the box office and was widely panned by critics, although it saw modest success on home media, going on to sell more than a million copies on home media, cementing itself as a cult classic. It was released in its original 90-minute theatrical version on Blu-ray in 2017.

In the mid-1990s, Nickelodeon, Fox, and Cartoon Network signed a contract with Art Clokey to air every episode of Gumby for its anchor spots at 8 a.m. and 2 p.m. It was on top of their ratings for over three years.

Clokey died in his sleep on January 8, 2010, at age 88, at his home in Los Osos, California, after suffering from a recurrent bladder infection.

On October 13, 2011, a day after what would have been Clokey's 90th birthday, Google paid homage to his life and works with an interactive logo doodle in the style of his clay animations, including Gumby, produced by Premavision Studios. 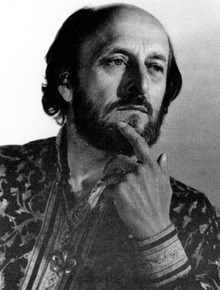