He was one of the founders of the American Society of Cinematographers and was nominated for three Academy Awards in his career in cinema.

Edeson began his career as a still photographer but turned to movies in 1911 as a camera operator at the American Éclair Studio in Fort Lee, New Jersey when it and many other early film studios in America's first motion picture industry were based there at the beginning of the 20th century.

When the Éclair Studio was reorganized as the World Film Company, he was promoted to chief cinematographer assigned to the star Clara Kimball Young. Throughout the twenties, Edeson photographed a number of important films, including Douglas Fairbanks' Robin Hood (1922) and The Thief of Bagdad (1924), and the groundbreaking special effects film The Lost World (1925).

When sound came in, Edeson experimented with camouflaging the microphones in exterior shots. In Old Arizona (1929), the first sound film to be shot outside a studio provided evidence to Hollywood executives that talking pictures need not be confined to the sound stage. The western The Big Trail (1930), starring John Wayne in his first starring role, was also filmed by Edeson in the 70mm widescreen process, known as "Fox Grandeur".

In the early 1930s, perhaps his most memorable creative partnership was formed with director James Whale, for whom he photographed the first three of Whale's quartet of horror films: Frankenstein (1931), The Old Dark House (1932), and The Invisible Man (1933).

According to critic M.S. Fonseca, Edeson was one of the "master craftsmen" of the old American school. His principal work was on the side of realism, which is considered by most film historians to represent the "zenith of Hollywood photography." Edeson built on the influence of German Expressionism, brought to the America cinema by German cinematographers during the 1920s.

In 1919, Edeson was one of the founders of the American Society of Cinematographers.

Arthur Edeson died on February 14, 1970, in Agoura Hills, California. He is interred at Forest Lawn Memorial Park in the Hollywood Hills of Los Angeles, California. 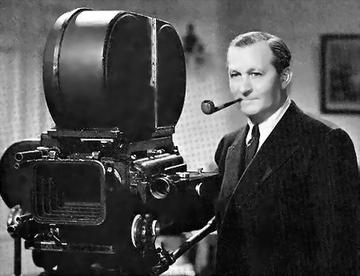