Asghar Farhadi (born 1972) is an Iranian film director and screenwriter.

Farhadi has won critical praise for his international films which focus on the human condition as well as portray intimate and challenging stories of internal family conflicts. His films include About Elly (2009), A Separation (2011), The Past (2013), The Salesman (2016), and Everybody Knows (2018). Farhadi has received two Oscars for Best Foreign Language Film for his films A Separation (2011) and The Salesman (2016), making him one of the few directors worldwide who have won the category twice. He also received the Cannes Film Festival Award for Best Screenplay for his film The Salesman. In 2012, he was included on the annual Time 100 list of the most influential people in the world. That same year he also received the Legion of Honour from France.

Farhadi was born in Homayoon Shahr, a city located in the Isfahan province near the city of Isfahan which, soon after the 1979 Islamic Revolution, was renamed Khomeini Shahr after Ayatollah Khomeini. He is a graduate of theatre, with a BA in dramatic arts and MA in stage direction from the University of Tehran and Tarbiat Modares University, respectively.

At the start of his career, Farhadi made numerous short 8 mm and 16 mm films in the Isfahan branch of the Iranian Young Cinema Society, before moving on to writing plays and screenplays for IRIB. He also directed such TV series as A Tale of a City and co-wrote the screenplay for Ebrahim Hatamikia's Low Heights. In 2003, Farhadi made his feature film debut with Dancing in the Dust. He followed with The Beautiful City, released in 2004. His third film, Fireworks Wednesday, won the Gold Hugo at the 2006 Chicago International Film Festival.

In 2009, Farhadi directed his fourth film, About Elly, won him the Silver Bear for Best Director at the 59th International Berlin Film Festival and also Best Picture at the Tribeca Film Festival. The latter film is about a group of Iranians who take a trip to the Iranian beaches of the Caspian Sea that turns tragic. Film theorist and critic David Bordwell have called About Elly a masterpiece.

His film A Separation premiered on 9 February 2011 at the 29th Fajr International Film Festival in Tehran and received critical acclaim from the Iran Society of Film Critics. It earned Farhadi four awards including Best Director (for the third time after Fireworks Wednesday and About Elly). On 15 February 2011, it also played in a competition at the 61st Berlin International Film Festival, which received a Golden Bear for best film, becoming the first Iranian film to win that award. In June 2011, A Separation won the Sydney Film Prize in competition with Cannes Festival's winner The Tree of Life, directed by Terrence Malick. It also won the Best Film award at the 2011 Asia Pacific Screen Awards.

On 19 December 2011, Farhadi was announced as being a jury member for the 62nd Berlin International Film Festival, which was held in February 2012.

On 15 January 2012, A Separation won the Golden Globe for the Best Foreign Language Film. The film was also the official Iranian submission for the Best Foreign Language Film at the 2012 Academy Awards where, in addition to being nominated in this category, it was also nominated in the Best Original Screenplay category. On 26 February 2012, A Separation became the first Iranian movie to win the Academy Award for Best International Feature Film, at the 84th Academy Awards. This marked Farhadi as the first Iranian to have won an Academy Award in any of the competitive categories. He was invited to join the Academy of Motion Picture Arts and Sciences in June 2012, along with 175 other members. A Separation also won the César Award for Best Foreign Film and the Independent Spirit Award for Best International Film in 2012.

In 2013, Farhadi's film The Past starring Bérénice Bejo and Tahar Rahim was released. This would be Farhadi's first film in the French language. The film competed for the Palme d'Or at the 2013 Cannes Film Festival. Bejo won the Best Actress Award at Cannes for her performance in the film.

The film received universal critical acclaim. It holds a 93% "certified fresh" rating on review aggregator website Rotten Tomatoes, based on 144 reviews with a weighted average score of 8.2/10 and the site's consensus: "Beautifully written, sensitively directed, and powerfully acted, The Past serves as another compelling testament to Asghar Farhadi's gift for finely layered drama." On Metacritic, the film has a normalized score of 85% based on 41 reviews, indicating "universal acclaim".

The film was selected as the Iranian entry for the Best Foreign Language Film at the 86th Academy Awards, but it was not nominated.

On 26 February 2017, Farhadi won his second Oscar for Academy Award for Best International Feature Film for The Salesman at the 89th Academy Awards. The Salesman had already won the award for the Best Screenplay at the Cannes Film Festival. Following Donald Trump's executive order barring Iranians from entering the country, Farhadi said he would not attend the 2017 Academy Awards, despite being nominated, and then winning, for the best foreign-language film. He announced that two prominent Iranian Americans, Anousheh Ansari and Firouz Naderi would represent him in the ceremony. Anousheh Ansari is famed for being the first female space tourist and first Iranian in space, and Naderi as director of Solar Systems Exploration at NASA. A few hours before the ceremony, he addressed a group of protesters in London via a video link from Iran. The Mayor of London, Sadiq Khan, screened the movie publicly in Trafalgar Square as a celebration of the city's diversity. "This solidarity is off to a great start", he told them. "I hope this movement will continue and spread, for it has within itself the power to stand up to fascism, be victorious in the face of extremism and say no to oppressive political powers everywhere."

After winning the Academy Award for the second time, Farhadi had a prepared statement read by Anousheh Ansari. "I'm sorry I'm not with you tonight", Farhadi's statement read. "My absence is out of respect for the people of my country and those of the other six nations who have been disrespected by the inhumane law that bans entry of immigrants to the U.S. Dividing the world into the US and our enemies categories creates fear, a deceitful justification for aggression and war. These wars prevent democracy and human rights in countries that themselves have been victims of aggression. Filmmakers can turn their cameras to capture shared human qualities and break stereotypes of various nationalities and religions. They create empathy between us and others -- an empathy that we need today more than ever." Prior to the ceremony, all five directors nominated for foreign language film issued a joint statement, obtained by USA Today, that condemned "the climate of fanaticism and nationalism" in the United States, among other countries. The directors - Farhadi, Maren Ade (Toni Erdmann), Hannes Holm (A Man Called Ove), Martin Zandvliet (Land of Mine), and Bentley Dean and Martin Butler (Tanna) - said that no matter which films win, the Oscar is dedicated to "all the people, artists, journalists and activists who are working to foster unity and understand, and who uphold freedom of expression and human dignity - values whose protection is now more important than ever."

In 2018, Farhadi directed his eighth feature film titled, Everybody Knows starring Javier Bardem, Penelope Cruz, and Ricardo Darin. The film, a Spanish psychological thriller debuted at the 71st Cannes Film Festival where it played in the competition for the Palme d'Or.

At the Toronto premiere of Everybody Knows, the director shared with Ikon London Magazine his plans to "Come to London West End with his play". He said "I know there is a lot of great plays every day. And I wish one day I do a play there. It is not far. It is our plan."

The film has earned critical acclaim earning a 78% on Rotten Tomatoes with the critics' consensus reading, with critics praising the two leads, but adding that the film is below Farhadi's usually high standards. 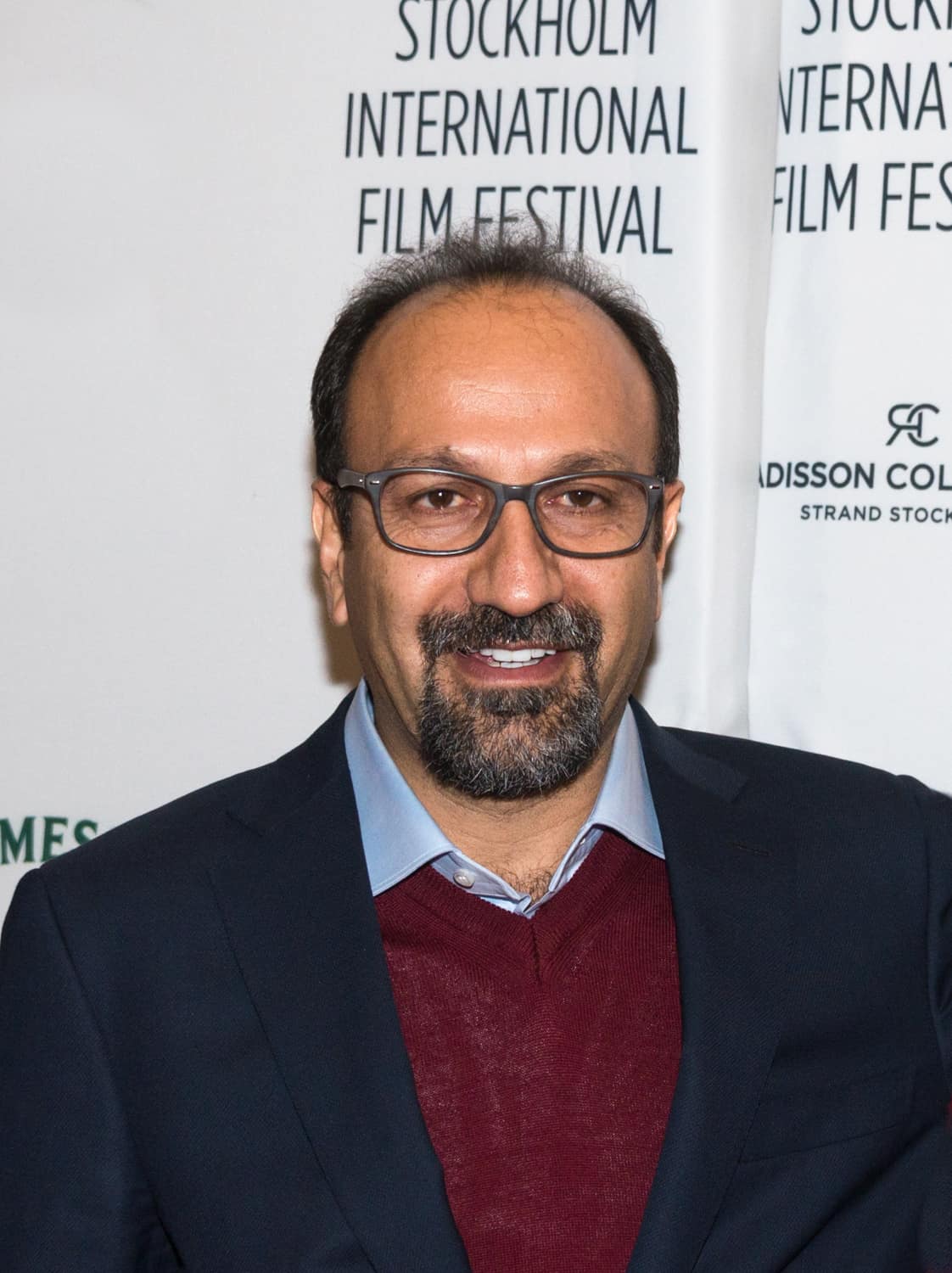