His work often explores themes of alienation and isolation, featuring characters whose interactions are mediated through technology, bureaucracy, or other power structures. Egoyan's films often follow non-linear plot structures, in which events are placed out of sequence in order to elicit specific emotional reactions from the audience by withholding key information.

In 2008, Egoyan received the Dan David Prize for "Creative Rendering of the Past." Egoyan later received the Governor General's Performing Arts Award, Canada's highest royal honor in the performing arts, in 2015.

He was part of a loosely affiliated group of filmmakers to emerge in the 1980s from Toronto known as the Toronto New Wave.

Egoyan was born Atom Yeghoyan (Western Armenian: Աթոմ Եղոյեան) in Cairo, Egypt, the son of Shushan (née Devletian) and Joseph Yeghoyan, artists who operated a furniture store. His parents were Armenian-Egyptians, and he was named Atom to mark the completion of Egypt's first nuclear reactor. In 1962, the family moved to Canada, where they settled in Victoria, British Columbia, and changed their last name to Egoyan. Atom grew up in British Columbia with his sister, Eve, now a concert pianist based in Toronto.

As a teenager, he became interested in reading and writing plays. Significant influences included Samuel Beckett and Harold Pinter. Egoyan also attributes his future in the film industry to Ingmar Bergman's film Persona, which he viewed at age fourteen, according to an interview he had with journalist Robert K. Elder for The Film That Changed My Life:

It gave me an incredible respect for the medium and its possibilities. To me, Persona marries a pure form and a very profound vision with absolute conviction. It's very inspiring. I felt that it was able to open a door that wasn't there before.

Egoyan began making films in the early 1980s; his debut film Next of Kin (1984) world-premiered at the International Filmfestival Mannheim-Heidelberg and won a major prize. He directed the Twilight Zone episode 'The Wall' which was first released in 1985. His commercial breakthrough came with the film Exotica (1994). He received the Grand Prix (Belgian Film Critics Association) in Brussels, the FIPRESCI Jury Prize at the Cannes Film Festival, and Best Motion Picture at the Canadian Screen Awards (then called the Genie Awards). However, it was Egoyan's first attempt at adapted material that resulted in his best-known work, The Sweet Hereafter (1997), which earned him three prizes at the 50th Cannes Film Festival—the Grand Prix, the FIPRESCI Jury Prize, and the Prize of the Ecumenical Jury. The film also earned Egoyan Academy Award nominations for Best Director and Best Adapted Screenplay.

The film Ararat (2002) generated much publicity for Egoyan. After Henri Verneuil's French-language film Mayrig (1991), it was the first major motion picture to deal directly with the Armenian genocide. Ararat later won the award for Best Motion Picture at the Canadian Screen Awards, marking his third win. The film was released in over 30 countries around the world. In 2004, Egoyan opened Camera Bar, a 50-seat cinema lounge on Queen Street West in Toronto.

Beginning in September 2006, Egoyan taught at the University of Toronto for three years. He joined the Faculty of Arts and Science as the Dean's Distinguished Visitor in theatre, film, music, and visual studies. He subsequently taught at Ryerson University. In 2006, he received the Master of Cinema Award of the International Filmfestival Mannheim-Heidelberg.

In 2012, he directed a production of Martin Crimp's Cruel and Tender, starring Khanjian, at Canadian Stage in Toronto.

After the release of the West Memphis Three from 18 years in prison, Egoyan directed a movie about the case called Devil's Knot (2013) starring Reese Witherspoon and Colin Firth, based on a book, Devil's Knot: The True Story of the West Memphis Three by Mara Leveritt. His next feature, The Captive (2014), starred Ryan Reynolds and screened in competition for the Palme d'Or at the 2014 Cannes Film Festival, where it received largely negative reviews from critics. Justin Chang from Variety described the film as "a ludicrous abduction thriller that finds a once-great filmmaker slipping into previously un-entered realms of self-parody."

In 2015, Egoyan directed the thriller Remember, which starred Christopher Plummer and premiered at the Toronto International Film Festival in September, before being given a limited release in theatres. His latest film is the drama Guest of Honour, was nominated for a Golden Lion in a competition in Venice in 2019, had a Special Presentation at the Toronto International Film Festival, and opening night galas in Vancouver and Montreal.

Egoyan is based in Toronto, where he lives with his wife Arsinée Khanjian, a trilingual (English, French and Armenian) Armenian-Canadian actress who appears in many of Egoyan's films, and their son, Arshile (named after the Armenian-American painter Arshile Gorky).

In 1999, Egoyan was made an Officer of the Order of Canada, it was later upgraded to Companion of the order in 2015, the highest level of honor. In 2009, he won the ‘Master of Cinema’ award from the Mannheim Film Festival, 25 years after receiving his international festival premiere at the same event. Egoyan was presented with the Lifetime Achievement Award at the International Film Festival of India in 2017. 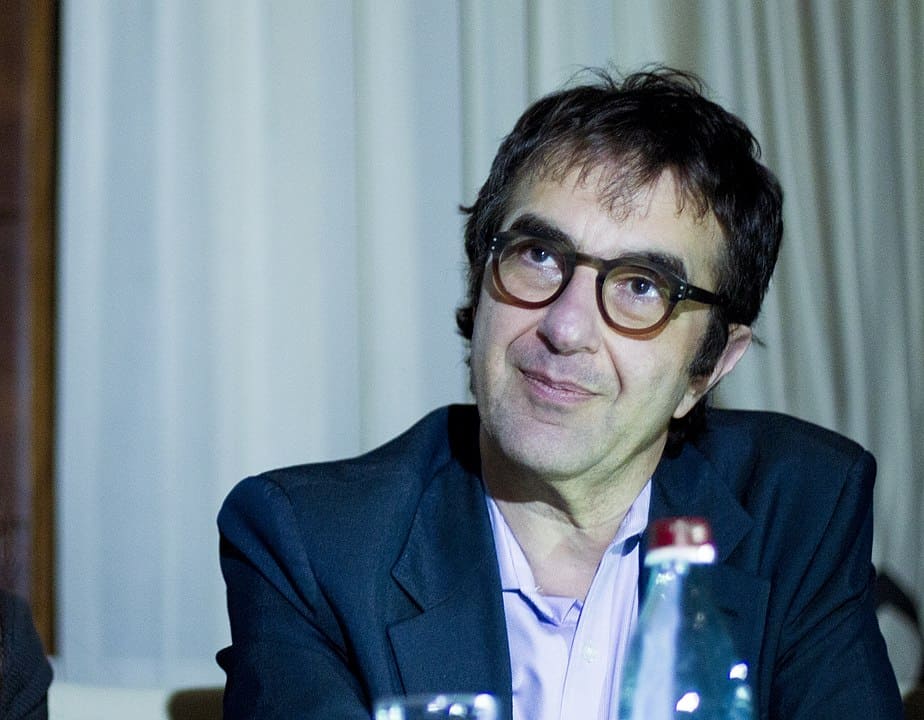