Family of digital cinema cameras based on Open hardware and free software.

AXIOM is family of digital cinema cameras based on Open hardware and free software. These cameras are being developed by a DIY community around the apertus° project.

In 2006 Oscar Spierenburg, a Dutch film director, noticed a discussion taking place on DVInfo.net entitled “3 channel 36 bit 1280 X 720 low $ camera”, inside which Elphel cameras, which are typically used in scientific applications, had been mentioned.

In the same year a discussion thread entitled "High Definition with Elphel model 333 camera" was posted on the DVInfo.net forum, whereupon the forum’s members discussed how best to adapt Elphel open hardware camera devices for use in |film production|. Sebastian Pichelhofer discovered this thread in 2008 and assisted with the project by developing an Elphel camera internal hard-disk recorder user interface.

By early 2009, and because over the course of three years upwards of 1000 posts had been submitted to this thread, the community realized that it was going to be difficult to maintain a full overview of the project in this way, and consequently a dedicated website was established. All of the decision-making and naming/logo design was decided upon by the community.

After having done some contracting work with Elphel, Pichelhofer focused full-time on the project across 2011 and in July 2012 the plan to create an AXIOM camera hardware prototype from scratch, and thereby overcome some of the limitations that were found to be inherent with Elphel hardware at the time (mainly due to Elphel Inc. having shifted the company's core business focus towards development of a panoramic camera solution), was announced at the Libre Software Meeting in Geneva. This prototype became known as AXIOM Alpha and was intended to gather feedback from typical shooting scenarios with a view to incorporating ideas into a future, more modular, kit version of the camera aimed at developers and early adopters (AXIOM Beta I Developer Kit).

Shortly after development on the AXIOM Alpha began, a nonprofit organization was established to provide legal shelter for the community, and an apertus° company was registered by Spierenburg in order to facilitate responsibilities that had been neglected up to this point, e.g. signing contracts with electronic part/service providers, paying for prototype manufacturing, etc. Because of his drive and enthusiasm for the project Pichelhofer was elected apertus° Association chairman.

After reading a local hackerspace forum post in May 2013 Herbert Pötzl became aware of the community's efforts and met with Pichelhofer shortly thereafter. Pötzl had an extensive background in electronics engineering and software development and was appointed AXIOM Technical Lead. After Pötzl helped to develop critical aspects of hardware and software the AXIOM Alpha prototype was showcased at the Vienna Hackerlab in March 2014 whilst rough planning for a more modular and powerful camera was well underway.

In recent times, and because existing manufacturers have proved reluctant to open their protocols up to the wider world, user groups have accepted responsibility and contributed to what became known as the ‘DSLR revolution’ first-hand e.g. the Magic Lantern (firmware) community. Magic Lantern is a free and open-source software add-on that runs from a camera’s SD/CF card. It added a host of new features to Canon’s DSLRs that weren't included from the factory by Canon. Because the AXIOM Beta concept is essentially the hardware equivalent of the software they originally pioneered, Magic Lantern partnered with the apertus° Association in September 2014. Since then the Magic Lantern community has been involved with various color science experiments using the camera.

Research on an AXIOM Gamma started in March 2015 after the project was awarded funding from the EU's Horizon2020 program. 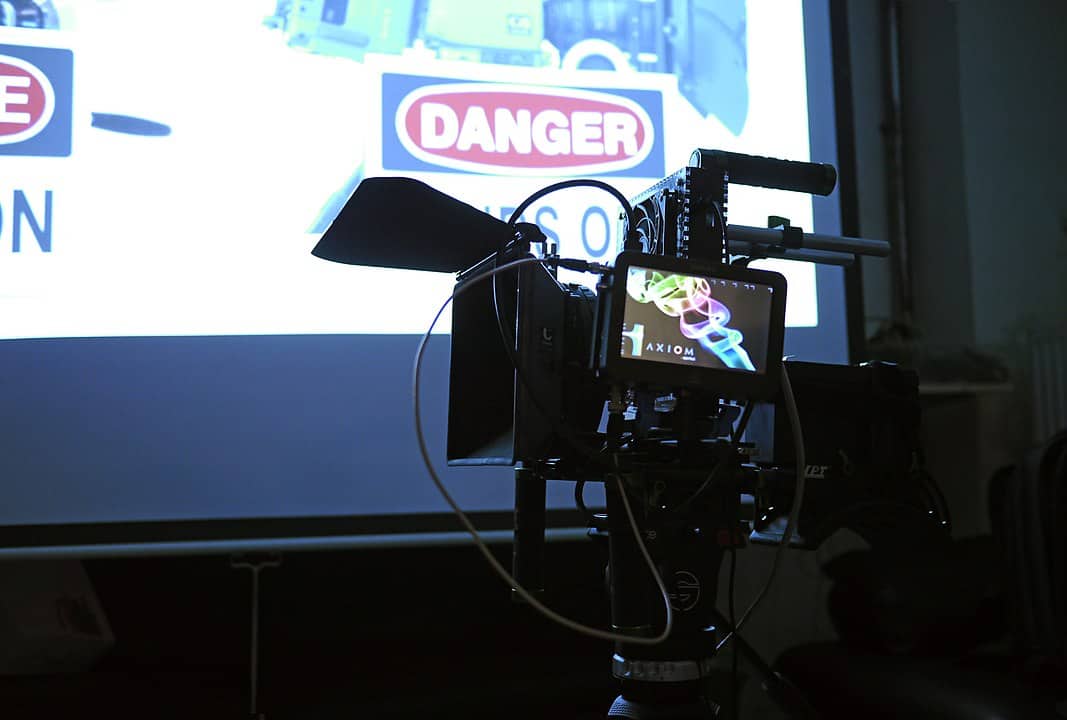 AXIOM
see also
resources
source
Adapted from content published on wikipedia.org
credit
Last modified on June 25, 2021, 4:45 am
previous
next
Videocide.com is a service provided by Codecide, a company located in Chicago, IL USA.