B. V. Nandini Reddy is an Indian film director. She works in Tollywood and debuted with the 2011 Telugu film, Ala Modalaindi.

Nandini Reddy was born in Hyderabad. Her father Bharath. V. Reddy was a chartered accountant settled in Bangalore. The family hailed from Chittoor district and her mother Roopa Reddy is from the Pingle family hailing from Warangal district. Nandini has a younger brother.

Reddy was educated at St. Ann's High School, Secunderabad, and earned a degree at Women's College, Koti. She also holds a master's degree in political science from Jawaharlal Nehru University, New Delhi. She was active in dramatics, elocution, and cricket throughout her school and college years. She is also one of the judges in a Telugu reality TV show Adhurs.

Reddy was introduced to Gangaraju Gunnam through a mutual friend and in 1995 she worked on his children's movie Little Soldiers as an Assistant Director. After that film was released, cinematographer Rasool Ellore introduced her to Krishna Vamsi, who refused at the time to take her into his team. She was idle for a year before being offered work on the Kannada film Santhi Santhi Santhi. Actress Ramya Krishnan then persuaded Vamsi to take her for his next project, Chandralekha. She became an integral part of Vamsi's team up to and including the filming of Shakti, a Hindi remake of Anthahpuram.

Vamsi sent Reddy to Daggubati Suresh Babu, with whom she has worked for Suresh Productions.

in 2019, she directed her fourth film Oh! Baby, starring Samantha Akkineni. Produced by People's Media Productions and Guru Films along with Suresh Productions, this is the second time Samantha and Reddy worked together. 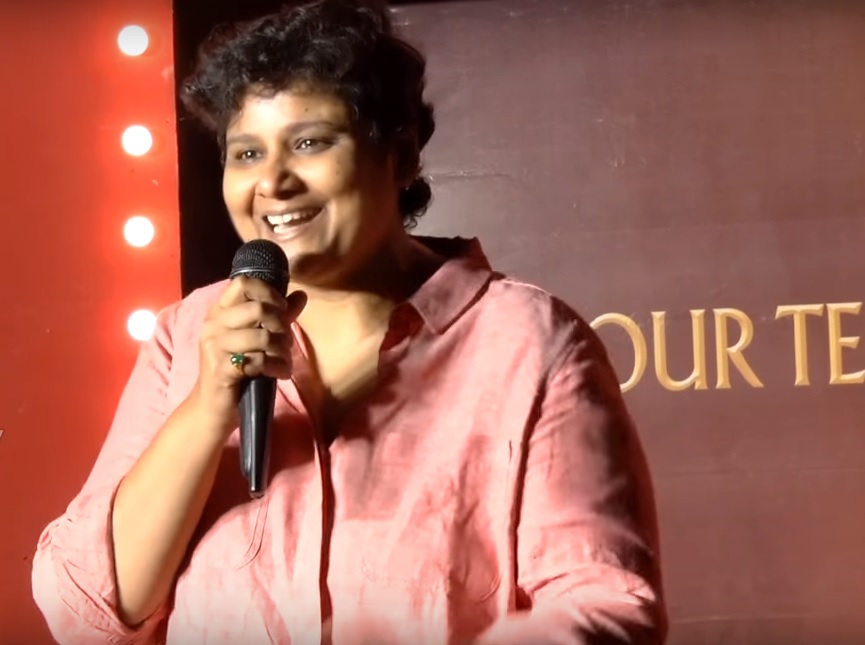 B. V. Nandini Reddy
see also
resources
source
Adapted from content published on wikipedia.org
credit
Last modified on July 8, 2021, 2:41 am
previous
next
Videocide.com is a service provided by Codecide, a company located in Chicago, IL USA.