Wicki studied in the city of Breslau such topics as art history, history and German literature. In 1938, he transferred to the drama school of the Staatliches Schauspielhaus in Berlin. In 1939, because of his membership in the Bündischen Jugend, he was imprisoned for many months in the Sachsenhausen concentration camp. After his release, he moved to Vienna, then in 1944 to Switzerland.

After World War II, he starred in many films, including Die letzte Brücke (1953) and Es geschah am 20. Juli (1955). He was also a photographer. His first attempt at directing came three years later with the documentary Warum sind sie gegen uns? (1958). He became internationally famous with his 1959 anti-war film Die Brücke, which was nominated for the Academy Award for Best Foreign Language Film. In 1961 he won the Silver Bear for Best Director at the 11th Berlin International Film Festival for his film The Miracle of Father Malachia. His break in Hollywood came shortly thereafter when he was chosen to direct Marlon Brando and Yul Brynner in the highly acclaimed World War II espionage thriller, Morituri in 1965.

Wicki was a patron of the International Film Festival in Emden-Norderney, which first started in 1990.

Wicki is buried at the Nymphenburger cemetery in Munich (grave number 4-1-23).

In 2001, the Bernhard Wicki Memorial Fund was established in Munich. Since 2002, it has awarded a yearly prize, The Bridge, to selected films that promote peace. A further prize of 15,000 euros, endowed in 2006, is presented in his name in the city of Emden. 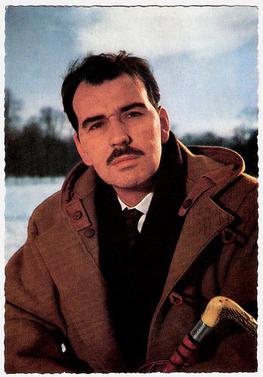 Bernhard Wicki
resources
source
Adapted from content published on wikipedia.org
credit
Last modified on July 6, 2021, 3:22 am
previous
next
Videocide.com is a service provided by Codecide, a company located in Chicago, IL USA.