A derivative of the Canon EF lens mount designed for use with the Canon EOS M mirrorless interchangeable-lens camera. The EF-M lens mount is one of Canon's two new systems for mirrorless cameras, the other being the RF mount.

The M system is somewhat limited as Canon has issued relatively few native lenses, listed below. There is a lack of native lenses with a large aperture, the exceptions being 22mm/2.0 and 32mm/1.4. In 2014, third party manufacturers started to present their M lenses. In addition, it is possible to use Canon EF and EF-S lenses (made for the Canon DSLRs) with an adapter. This solution reportedly works well also with regard to the autofocus, but it takes away the size advantage of the smaller M system. Suitable adapters (from EF to M or from EF-S to M) are made by Canon as well as third party manufacturers. The adapter solution it is not backward-compatible with Canon's existing DSLR cameras: this means that you cannot put M lenses on a DSLR. 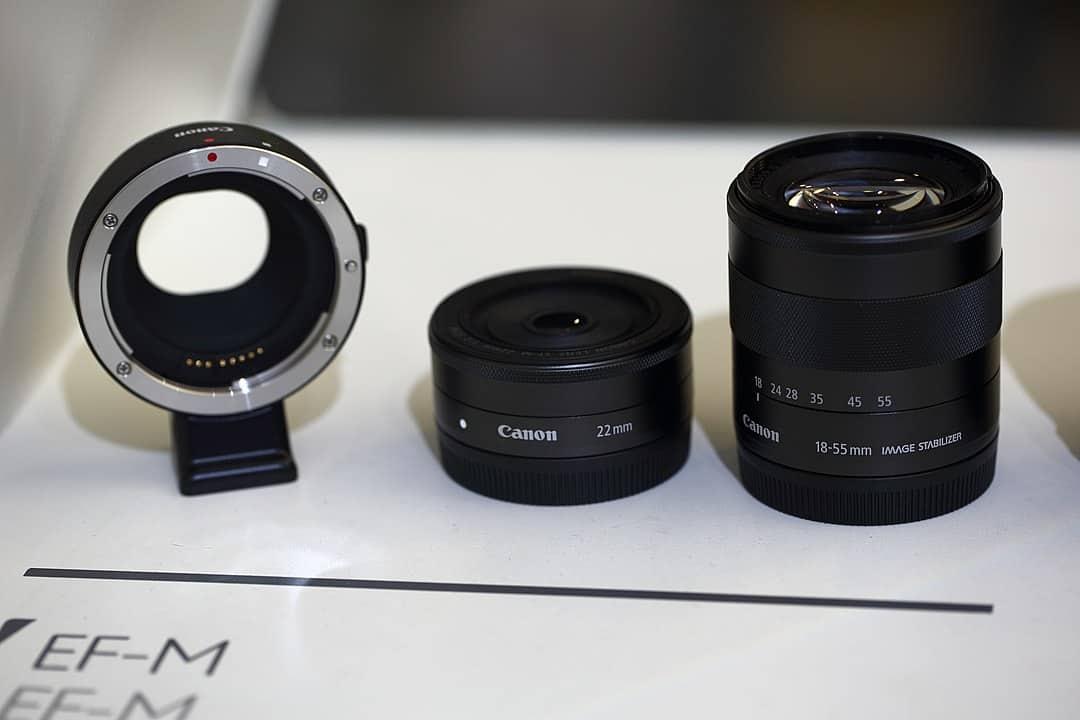