A derivative of the EF lens mount created for a subset of Canon digital single-lens reflex cameras with APS-C sized image sensors.

The Canon EF-S lens mount is a derivative of the EF lens mount created for a subset of Canon digital single-lens reflex cameras with APS-C sized image sensors. It was released in 2003. Cameras with the EF-S mount are backward compatible with the EF lenses and, as such, have a flange focal distance of 44.0 mm. Such cameras, however, have more clearance, allowing lens elements to be closer to the sensor than in the EF mount. Only Canon cameras released after 2003 with APS-C sized sensors support the EF-S mount.

The "S" in EF-S has variously been described by Canon as coming from either "Small image circle" (the lens projects a smaller image circle than normal EF lenses to match the sensor), or "Short |back focus|" (the smaller mirror used in APS-C cameras also allows optical elements to protrude further into the camera body, reducing the minimum distance between the sensor and the back element of the lens). The combination of a smaller sensor and shorter back focal length distance enhances the possibilities for wide-angle and very wide-angle lenses. Such lenses designed for the EF-S mount can be made smaller, lighter (containing less glass), faster (larger aperture), and less expensive.

Although not all Canon EF-S lenses use this short back focal length, they cannot be mounted on DSLRs with sensors larger than APS-C. However, some lenses produced by third-party manufacturers may feature the standard EF mount if they do not have the shorter back focal length but only have a small image circle. Such lenses will give noticeable vignetting or unsharp outer areas if used on a 35mm film or full-frame sensor cameras. To a lesser degree, vignetting also occurs with APS-H sensor sizes, such as several (now discontinued) cameras of the 1D series. 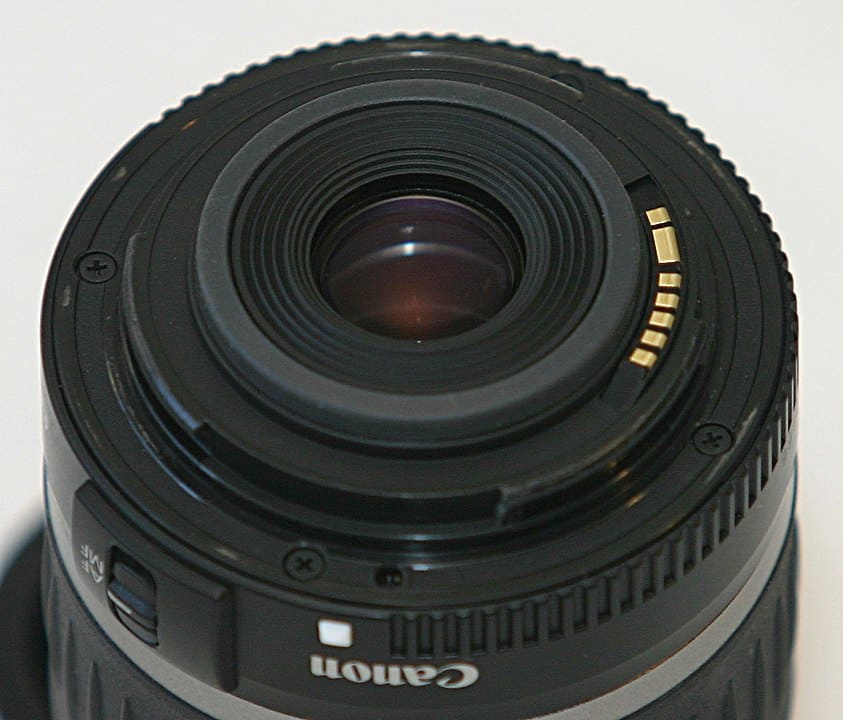