A home multimedia entertainment and video game console developed by Commodore International and launched in April 1991.

The CDTV (from Commodore Dynamic Total Vision, later treated as a backronym for Compact Disc Television) is a home multimedia entertainment and video game console – convertible into a full-fledged personal computer by the addition of optional peripherals – developed by Commodore International and launched in April 1991.

The CDTV is essentially a Commodore Amiga 500 home computer with a CD-ROM drive and remote control. With the optional keyboard, mouse, and floppy disk drive, it gained the functionality of the regular Amiga. Commodore marketed the machine as an all-in-one multimedia appliance. As such, it targeted the same market as the Philips CD-i. The expected market for multimedia appliances did not materialize, and neither machine met with any real commercial success. Though the CDTV was based entirely on Amiga hardware, it was marketed strictly as a CDTV, with the Amiga name omitted from product branding.

Commodore announced the CDTV at the summer 1990 Consumer Electronics Show in Chicago, promising to release it before the end of the year with 100 software titles. The product debuted in North America in March 1991 (CES Las Vegas) and in the UK (World of Commodore 1991 at Earls Court, London). It was advertised at £499 for the CDTV unit, remote control, and two software titles. The device was released in the United States for $999.

In 1990 Computer Gaming World stated that Commodore had a poor reputation among consumers and developers, citing "abysmal record of customer and technical support in the past". The company chose Amiga-enthusiast magazines as its chief advertising channel, but the Amiga community on the whole avoided the CDTV in the expectation of an add-on CD-ROM drive for the Amiga, which eventually came in the form of the A570. This further hurt sale of the CDTV, as an A570-equipped A500 was electronically the same as a CDTV and, consequently, could run CDTV software, so there was very little motivation for an Amiga owner to buy a CDTV. Commodore would rectify this with CDTV's successor, the A1200-based Amiga CD32, by adding the Akiko chip, enabling developers to produce CD32 games that were playable only on the CD32. However, Nolan Bushnell, one of the chief endorsers of the CDTV, argued the system's high price alone was enough to explain its market failure: "... it's very difficult to sell significant numbers of anything at more than $500. ... I felt that I could sell a hundred thousand of something that costs $800 standing on my head. I thought that it would be a no-brainer. And I can tell you that the number of units that we sold in the U.S. at $800 you could put in your eye and not draw tears."

The CDTV was supplied with AmigaOS 1.3, rather than the more advanced and user-friendly 2.0 release that was launched at around the same time. Notably, the CDXL motion video format was primarily developed for the CDTV, making it one of the earliest consumer systems to allow video playback directly from CD-ROM.

By 1994 Computer Gaming World described the CDTV as a "fiasco" for Commodore. Though the company later developed an improved and cost-reduced CDTV-II, it was never released. Commodore discontinued the CDTV in 1993 with the launch of the Amiga CD32, which again was substantially based on Amiga hardware (in this case the newer Amiga 1200) but explicitly targeted the games market. 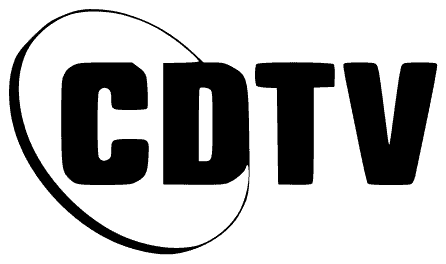 Commodore CDTV
see also
source
Adapted from content published on wikipedia.org
credit
Last modified on October 23, 2020, 7:03 am
previous
next
Videocide.com is a service provided by Codecide, a company located in Chicago, IL USA.