Enrico Casarosa (born 1971) is an Italian storyboard artist and film director who works at Pixar. In 2012, he was nominated for an Academy Award for the animated short film La Luna.

Casarosa was born in Genoa, Italy, and moved to New York City in his twenties, to study animation at the School of Visual Arts and Illustration at the Fashion Institute of Technology. He then worked as a background designer and storyboard artist on various Disney Channel TV series, including 101 Dalmatians: The Series and PB&J Otter. Before joining Pixar, Casarosa worked as a storyboard artist at Blue Sky Studios on Ice Age. In 2002, Casarosa joined Pixar, where he worked as a story artist on Cars, Ratatouille, Up, and Cars 2.

In late 2004, Casarosa started a drawing marathon community called SketchCrawl and has been organizing the event ever since.

In 2011, his short film La Luna premiered at the Annecy International Animated Film Festival in France and was released theatrically with Pixar's Brave in 2012. He then worked as head of the story on The Good Dinosaur when Bob Peterson was directing the project beginning in 2011, and as a story artist on Coco.

Casarosa is currently directing the upcoming Pixar Animation Studios film Luca, set to be released on Disney+ on June 18, 2021, in the United States. 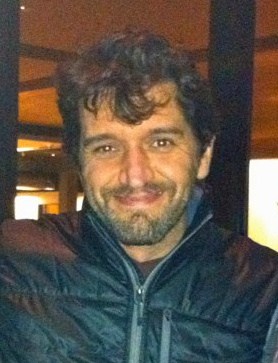