Henri-Georges Clouzot (1907-1977) was a French film director, screenwriter, and producer. He is best remembered for his work in the thriller film genre, having directed The Wages of Fear and Les Diaboliques, which are critically recognized as among the greatest films from the 1950s. He also directed documentary films, including The Mystery of Picasso, which was declared a national treasure by the government of France.

Clouzot was an early fan of the cinema and, desiring a career as a writer, moved to Paris. He was later hired by producer Adolphe Osso to work in Berlin, writing French-language versions of German films. After being fired from UFA studio in Nazi Germany due to his friendship with Jewish producers, Clouzot returned to France, where he spent years bedridden after contracting tuberculosis. Upon recovering, he found work in Nazi-occupied France as a screenwriter for the German-owned company Continental Films. At Continental, Clouzot wrote and directed films that were very popular. His second film Le Corbeau drew controversy over its harsh look at provincial France, and he was fired from Continental before its release. As a result of his association with Continental, he was barred by the French government from filmmaking until 1947.

After the ban was lifted, Clouzot reestablished his reputation and popularity in France during the late 1940s with successful films including Quai des Orfèvres. After the release of his comedy film Miquette et sa mère, Clouzot married Véra Gibson-Amado, who would star in his next three feature films. In the early and mid-1950s, Clouzot drew acclaim from international critics and audiences for The Wages of Fear and Les Diaboliques; both films would serve as source material for remakes decades later. After the release of La Vérité, his wife Véra died of a heart attack, and Clouzot's career suffered due to depression, illness, and new critical views of films from the French New Wave. Clouzot's career became less active in later years, limited to a few television documentaries and two feature films in the 1960s. He wrote several unused scripts in the 1970s and died in Paris in 1977.

With the exception of the comedy film Miquette et sa mère, every directorial feature of Clouzot involves deception, betrayal, and violent deaths. When basing screenplays on written work, Clouzot often changed the stories dramatically, using only key points of the original story. The author Stanislas-André Steeman, whom Clouzot worked with twice, said Clouzot would only "build something after having contemptuously demolished any resemblance to the original, purely for the ambition of effect". When writing for his own features, Clouzot created characters that were usually corrupt and spineless, with the capacity for both good and evil within them.

Clouzot was very demanding with his actors, and would often quarrel with them to get them in the mood he desired. Suzy Delair recalled that Clouzot slapped her, but said of it, "So what? He slapped others as well...He was tough but I'm not about to complain". Pierre Fresnay recalled that Clouzot "worked relentlessly, which made for a juicy spectacle...That's to say nothing for his taste of violence, which he never tried with me". When Clouzot worked with Brigitte Bardot, one scene required her character to drool and sleep. He offered her powerful sleeping pills, saying they were aspirin; this led to her stomach having to be pumped. Although he was harsh on his actors, he did not treat them fiercely offset. Delair recalled that offset there was an "innocence about him" that was not seen.

Clouzot biographer Marc Godin suggested Clouzot's life provides clues to understanding his style as a filmmaker. Clouzot was viewed by many of his collaborators as a pessimist, short-tempered, and almost always angry. Brigitte Bardot described Clouzot as "a negative being, forever at odds with himself and the world around him". His outlook on life is reflected in his own films that focus on the darker side of humanity.

Despite criticism following the arrival of the French New Wave, career retrospectives of Clouzot's work have been positive. Twenty years after his death, film critic Noël Herpe wrote in the French film journal Positif that "Les Diaboliques (just like Les Espions and La Verite) reveals a sterile and increasingly exaggerated urge to experiment with the powers of fiction". Film historian Philipe Pilard wrote, "There is no doubt that if Clouzot had worked for Hollywood and applied the formulas of U.S. studios, today he would be lauded by the very critics who choose to ignore him". Clouzot today is generally known for his thriller films The Wages of Fear and Diabolique. Clouzot's ability in the genre led to comparisons with Alfred Hitchcock. Clouzot respected Hitchcock's work, stating, "I admire him very much and am flattered when anyone compares a film of mine to his".

Several of Clouzot's films have been remade since their original releases. Director Otto Preminger adapted Le Corbeau into his 1951 film The 13th Letter. In 1977, the year of Clouzot's death, William Friedkin directed a remake of The Wages of Fear called Sorcerer. French director Claude Chabrol adapted Clouzot's script for L'Enfer in 1994 for a film likewise titled L'Enfer. In 1996, an American remake of Les Diaboliques was released under the title Diabolique, starring Sharon Stone. 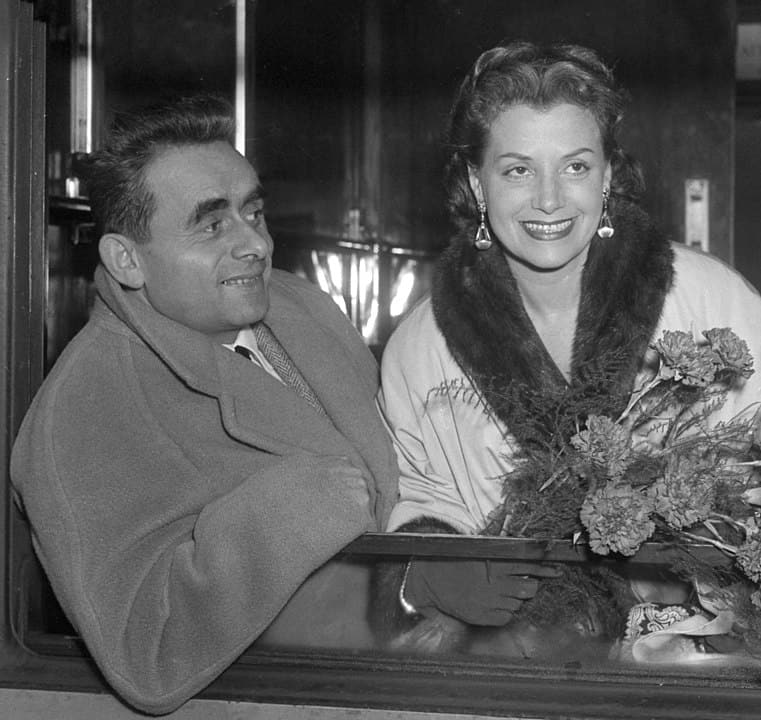