Hirokazu Kore-eda (born 1962) is a Japanese film director, producer, screenwriter, and editor. He began his career in television and has since directed more than a dozen feature films, including Nobody Knows (2004), Still Walking (2008), and After the Storm (2016). He won the Jury Prize at the 2013 Cannes Film Festival for Like Father, Like Son and won the Palme d'Or at the 2018 Cannes Film Festival for Shoplifters.

Kore-eda's father was a wansei born in Taipei, Taiwan. His paternal grandparents could not marry under Japanese law at the time as they had the same last name, so they eloped to Taiwan where they could, which was then under Japanese colonial rule. He has cited this as a reason for his affinity toward Taiwan.

Kore-eda was born in Nerima, Tokyo, Japan. He is the youngest of three children with two older sisters. From a young age, Kore-eda would spend time watching movies with his mother. He said through an interpreter, "My mother loved films! She adored Ingrid Bergman, Joan Fontaine, Vivien Leigh. We couldn’t afford to go together to the cinema, but she was always watching their movies on TV. She stopped all family business or discussions to watch these movies. We would watch it together. So I adored film – like her."

After graduating from Waseda University's Graduate School of Letters, Arts and Sciences in 1987, Kore-eda worked on documentaries, where he was subject to aggressive management. He has cited this as being the reason he tries to avoid becoming angry on his sets and to encourage a happy work environment.

Before embarking on a career as a film director, Kore-eda worked as an assistant director on documentaries for television. He eventually transitioned into directing and directed his first television documentary, Lessons from a Calf, in 1991. He directed several other documentary films thereafter.

In 1995, at the Venice Film Festival, his first fiction feature film Maborosi won a Golden Osella Award for Best Cinematography. At the first Buenos Aires International Festival of Independent Cinema in 1999, he won awards for Best Film and Best Screenplay for his film After Life.

His 2013 film, Like Father, Like Son, premiered and was nominated for the Palme d'Or at the 2013 Cannes Film Festival. It eventually did not win, but it won the Jury Prize, as well as a commendation from the Ecumenical Jury. In October 2013, the film won the Rogers People's Choice Award at the 2013 Vancouver International Film Festival.

Kore-eda's 2015 film, Our Little Sister, was selected to compete for the Palme d'Or at the 2015 Cannes Film Festival, though it did not win. His 2016 film, After the Storm, debuted to critical acclaim at the 2016 Cannes Film Festival in the Un Certain Regard category. For his work on the film, he won the award for Best Director at the Yokohama Film Festival. Kore-eda won Best Film and Best Director Japan Academy Prizes for his film The Third Murder (2017), which also screened in the main competition of the 74th Venice International Film Festival.

In 2018, his film, titled Shoplifters, about a young girl that is welcomed in by a family of shoplifters, premiered at the Cannes Film Festival, where it won the Palme d'Or. It was also nominated for the Academy Award for Best Foreign Language Film.

In 2018, he won the Donostia Award for his lifetime achievement at San Sebastián International Film Festival.

In 2019, Kore-eda directed The Truth, starring Catherine Deneuve, Juliette Binoche, and Ethan Hawke. It is his first film shot in Europe and not in his native language.

In 2020, it was announced that he will direct Baby, Box, Broker. The film will be set in South Korea, featuring a predominantly South Korean cast and crew.

According to the Harvard Film Archive, Kore-eda's works "reflect the contemplative style and pacing of such luminaries as Hou Hsiao-hsien and Tsai Ming-liang".

Kore-eda is most often compared to Yasujirō Ozu, although the directors he has said he feels influenced by are Ken Loach and Japanese director Mikio Naruse.

In a 2009 interview, Kore-eda revealed that Still Walking is based on his own family. 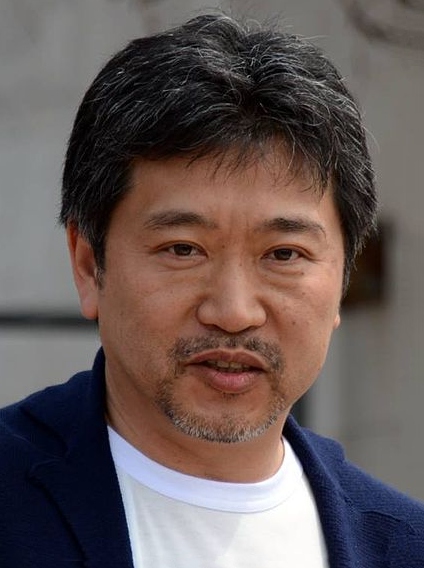