Hong's parents owned the |film production| company Cinetel Soul. Hong took the entrance exam and entered the theater department at Chung-Ang University in South Korea. He then studied in the United States where he received his bachelor's degree from the California College of Arts and Crafts and his master's at the School of the Art Institute of Chicago.

Hong made his directorial debut at age 35 with The Day a Pig Fell into the Well in 1996. Woman is the Future of Man (2004) was his first film to screen in competition at the Cannes Film Festival.

There are certain elements that are commonly found in Hong's films. A typical Hong film highlights a theme of domestic realism with many of the scenes set on residential streets, cafes, hotels, schools, and in the stairwells of apartment buildings. Characters in the film are seen walking around the city, drinking soju, and having sex. The main characters in his films are often movie directors or actors, and scenes typically consist of a single shot, often beginning and ending with a camera zoom. The budgets for his movies average about $100,000.

Hong is often spontaneous when shooting, delivering the day's scene on the morning of the shoot and frequently changing stories while on set. He rarely prepares scripts in advance. Hong instead begins with a basic guideline and writes his scenes on the morning of the filming day, making changes throughout the day. Hong starts the filming day at 4 a.m. when he begins to write the dialogue for that day's shoot. Hong also develops close relationships with the actors over alcohol and cigarettes and sometimes shoots certain scenes while the actors are under the influence.

Hong's style has been compared to Eric Rohmer's, and it has even been argued that allusions to Rohmer's films appear in some films directed by Hong.

In 2016, Hong was reported to be having an extramarital affair with actress Kim Min-hee, who appeared in his 2015 film, Right Now, Wrong Then. Hong admitted to the affair in March 2017, at the Seoul premiere of On the Beach at Night Alone. He filed a divorce suit from his wife in December 2016, but the court rejected his request in June 2019, insisting that only the injured party, Hong's wife, could initiate a legal separation. 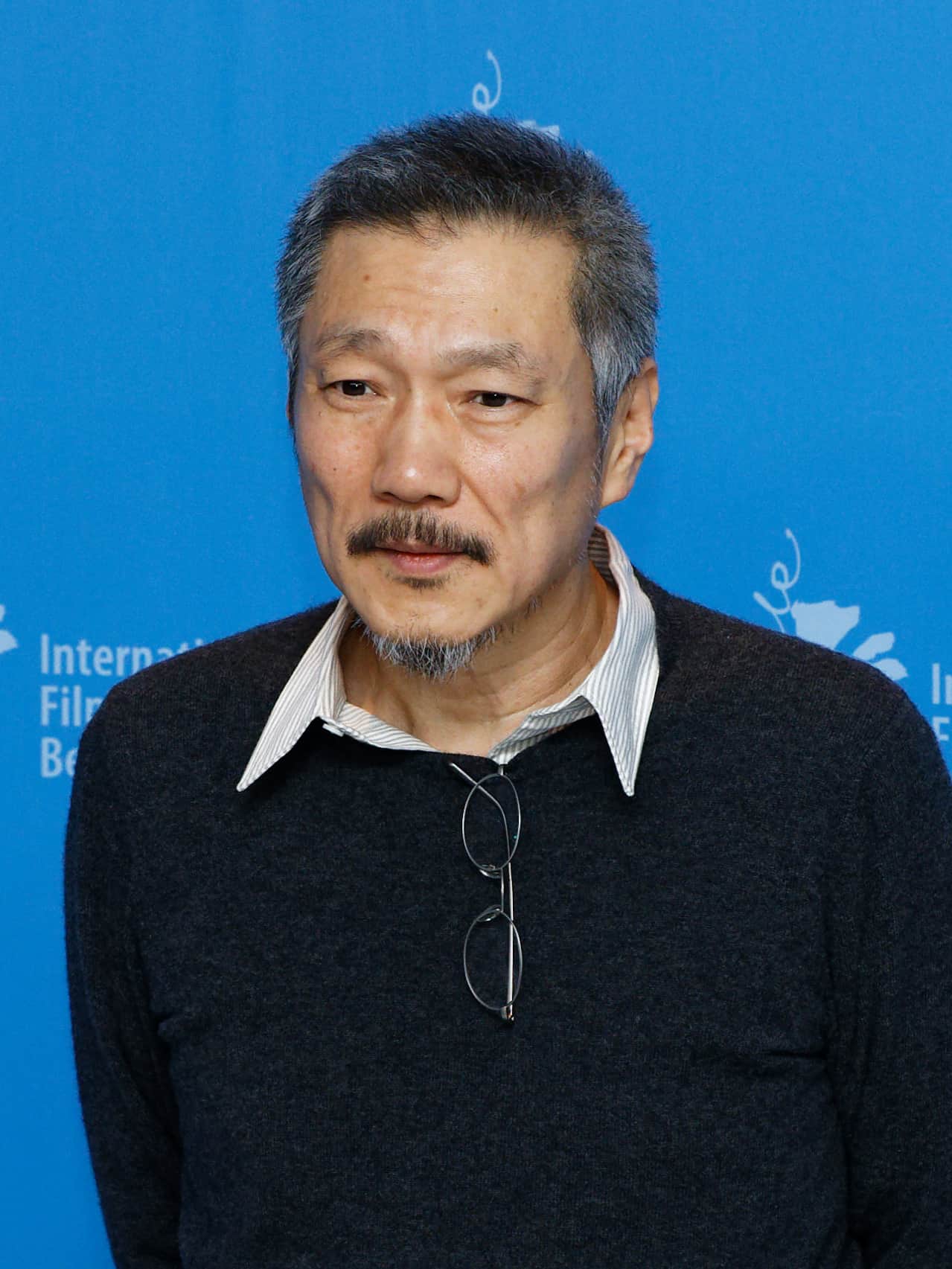