Dame Elizabeth Jane Campion DNZM (born 1954) is a New Zealand screenwriter, producer, and director. She is the second of seven women ever nominated for the Academy Award for Best Director and the first and only female filmmaker to receive the Palme d'Or, which she received for the acclaimed film The Piano (1993), for which she also won the Academy Award for Best Original Screenplay. Among her other directed films, An Angel at My Table and Bright Star are the most highly regarded.

Campion was born in Wellington, New Zealand, the second daughter of Edith Campion (née Beverley Georgette Hannah), an actress, writer, and heiress; and Richard M. Campion, a teacher, and theatre and opera director. Her maternal great-grandfather was Robert Hannah, a well-known shoe manufacturer for whom Antrim House was built. Her father came from a family engaged in the Exclusive Brethren Christian evangelical movement. Along with her sister Anna, a year and a half her senior, and brother, Michael, seven years her junior, Campion grew up in the world of New Zealand theatre. Their parents founded the New Zealand Players. Campion initially rejected the idea of a career in the dramatic arts and graduated instead with a Bachelor of Arts in Anthropology from Victoria University of Wellington in 1975.

In 1976, she enrolled in the Chelsea Art School in London and traveled throughout Europe. She earned a graduate diploma in visual arts (painting) from the Sydney College of the Arts at the University of Sydney in 1981. Campion's later film work was shaped in part by her art school education; she has, even in her mature career, cited painter Frida Kahlo and sculptor Joseph Beuys as influences.

Campion's dissatisfaction with the limitations of painting led her to filmmaking and the creation of her first short, Tissues, in 1980. In 1981, she began studying at the Australian Film, Television and Radio School, where she made several more short films and graduated in 1984.

Campion's first short film, Peel (1982), won the Short Film Palme d'Or at the 1986 Cannes Film Festival, and other awards followed for the shorts Passionless Moments (1983), A Girl's Own Story (1984), and After Hours (1984). After leaving the Australian Film and Television School, she directed an episode for ABC's light entertainment series Dancing Daze (1986), which led to her first TV film, Two Friends (1986), produced by Jan Chapman.

Her feature debut, Sweetie (1989), won international awards. Further recognition came with An Angel at My Table (1990), a biopic about the life of New Zealand writer Janet Frame, from a screenplay written by Laura Jones. Widespread recognition followed with The Piano (1993), which won the Palme d'Or at the 1993 Cannes Film Festival, Best Director from the Australian Film Institute, and an Academy Award for Best Original Screenplay in 1994. At the 66th Academy Awards, Campion was the second woman ever to be nominated for Best Director.

Campion's subsequent work has tended to polarize opinion. The Portrait of a Lady (1996), based on the Henry James novel, featured Nicole Kidman, John Malkovich, Barbara Hershey, and Martin Donovan. Holy Smoke! (1999) teamed Campion again with Harvey Keitel, this time with Kate Winslet as the female lead. In the Cut (2003), an erotic thriller based on Susanna Moore's bestseller provided Meg Ryan an opportunity to depart from her more familiar onscreen persona. Her 2009 film Bright Star, a biographical drama about poet John Keats (played by Ben Whishaw) and his lover Fanny Brawne (Abbie Cornish), was shown at the Cannes Film Festival. In an interview with Jan Lisa Huttner, Campion discussed how she focused on Fanny's side of the story, pointing out that only two of the film's scenes did not feature her.

Campion created, wrote, and directed the TV mini-series Top of the Lake, which received near-universal acclaim, won numerous awards—including, for its lead actress Elisabeth Moss, a Golden Globe Award for Best Actress – Miniseries or Television Film and a Critics' Choice Television Award for Best Actress in a Movie/Miniseries—and was nominated for the Primetime Emmy Award for Outstanding Lead Actress in a Miniseries or a Movie. Campion was also nominated for the Primetime Emmy Award for Outstanding Directing for a Miniseries, Movie, or a Dramatic Special.

When Canadian filmmaker Xavier Dolan received the Prix du Jury for his film Mommy, he said that Campion's The Piano "...made me want to write roles for women—beautiful women with soul, will, and strength, not victims or objects." Campion responded by rising from her seat to give him a hug.

In 2014 it was announced that Campion was nearing a deal to direct an adaptation of Rachel Kushner's novel The Flamethrowers.

In 2015 Campion confirmed that she would co-direct and co-write the second season of Top of the Lake with the story moved to Sydney and Harbour City, Hong Kong, and with Elisabeth Moss reprising her role as Robin Griffin. The sequel series titled Top of the Lake: China Girl was released in 2017. Shot and set in Sydney, Top of the Lake: China Girl features Alice Englert, Campion's daughter, in a lead role as Robin's biological daughter. The series also features Ewen Leslie, David Dencik, and Nicole Kidman.

In 2019 it was announced her first film in a decade, the adaptation of Thomas Savage's novel The Power of the Dog. It will also mark her first time working with a male lead, Benedict Cumberbatch.

In 1992, she married Colin David Englert, an Australian who worked as a second unit director on The Piano. Their first child, a son named Jasper, was born in 1993 but lived for only 12 days. Their second child, a daughter named Alice Englert, was born in 1994; she is an actress. The couple divorced in 2001.

From the beginning of her career, Campion's work has received high praise from critics all around. In V.W. Wexman's Jane Campion: Interviews, critic David Thomson describes Campion "as one of the best young directors in the world today." Similarly, in Sue Gillett's "More Than Meets The Eye: The Mediation of Affects in Jane Campion's 'Sweetie'," Campion's work is described as "perhaps the fullest and truest way of being faithful to the reality of experience"; by utilizing the "unsayable" and "unseeable," she manages to catalyze audience speculation. Campion's films tend to gravitate around themes of gender politics, such as seduction and female sexual power. This has led some to label Campion's body of work as feminist. However, Rebecca Flint Marx argues, "while not inaccurate, fails to fully capture the dilemmas of her characters and the depth of her work."

Campion was appointed a Dame Companion of the New Zealand Order of Merit in the 2016 New Year Honours, for services to film. 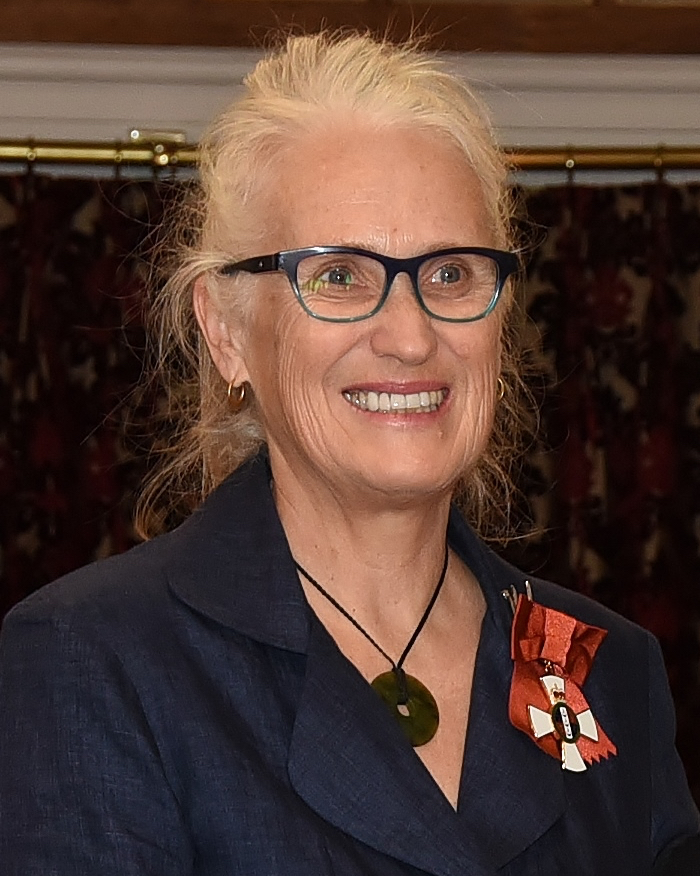