Wright always had an interest in the arts, especially painting. He would also make films on his Super 8 camera as well as spend time in the evenings acting in a drama club. Wright is dyslexic. He went to Islington Green Secondary School but left without any GCSEs.

He began his career working at his parents' puppet theatre. He also took classes at the Anna Scher Theatre School and acted professionally on stage and camera. He spent an art foundation year at Camberwell College of Arts, before taking a degree in fine art and film at Central St Martins where he was tutored by Malcolm Le Grice and Vera Neubauer. In his last year of studies, he received a scholarship to make a short film for the BBC that won several awards. On the success of the short, he was offered the script for the serial Nature Boy. He followed this up with the serials Bodily Harm with Timothy Spall, and the highly acclaimed Charles II: The Power and the Passion with Rufus Sewell which won the BAFTA Award for Best Drama Serial.

During the 1990s, he worked at Oil Factory, a |music video| production company based in Caledonian Road, Kings Cross. He worked on a variety of productions in numerous roles, including casting director. Here he was able to get the opportunity to direct some music videos. Alongside this, particularly on the strength of his short film work, he was also developing The End, his second short film. During this decade Wright also worked part-time as a roadie for Vegetable Vision who created visuals for various electronic music bands, such as Chemical Brothers, Darren Emerson, Underworld, and Andrew Weatherall. He attributes some of the aesthetics and emotion of the UK rave scene as an influence on his work.

In 2005, he made the transition to feature films with the critically acclaimed adaptation of Pride & Prejudice starring Keira Knightley and Matthew Macfadyen. The film received numerous accolades including 4 Academy Award nominations (including Best Actress), 6 BAFTA nominations (Wright won the BAFTA for a most promising newcomer) among a host of other nominations and wins.

Wright's next feature was an adaptation of Ian McEwan's Booker Prize-shortlisted novel Atonement, which was released in 2007, reuniting Wright with Keira Knightley, and also stars James McAvoy and Saoirse Ronan. On 13 December 2007, the film was nominated for seven Golden Globe Awards, more than any other film that year. Though Wright himself was not nominated for director, the film received seven Academy Award nominations, winning only for Best Original Score. At the BAFTA Awards, it received 14 nominations and went on to win for Best Production Design and Best Film.

His next film was The Soloist which stars Jamie Foxx and Robert Downey, Jr. It is about the "true story of musical prodigy Nathaniel Ayers, who developed schizophrenia in his second year at Juilliard and ended up homeless on the streets of downtown L.A. where he performs the violin and cello." It was to be released on 21 November 2008; however, the release date was pushed back to 24 April 2009.

Wright reunited with Atonement star Saoirse Ronan for the 2011 action thriller Hanna. The title character is a 15-year-old girl trained since birth to be an assassin by her father (Eric Bana), a rogue CIA asset. The movie received mostly positive reviews with Roger Ebert calling it a "first-rate thriller" in his review The film received an aggregate score of 65 from Metacritic, meaning it received generally positive reviews.

Wright then directed the 2015 prequel to Peter Pan for Warner Bros. The film starred Hugh Jackman, Garrett Hedlund, Rooney Mara, Amanda Seyfried, and Levi Miller as Peter. The screenplay by actor-turned-screenwriter Jason Fuchs was from the 2013 Hollywood Black List, a selection of popular unproduced scripts.

Rooney Mara's casting as Tiger Lily caused controversy, due to her being of European ancestry, while Tiger Lily is traditionally portrayed as being Native American.

Wright won a BAFTA award for best newcomer for Pride & Prejudice and was the youngest director to have a film open at the Venice Film Festival with Atonement. According to the director's commentary on Pride & Prejudice, Wright is influenced by the work of British film director David Lean, and possessing a certain knowledge of art history, tries sometimes to compose his shots after classical paintings.

Charles II: The Power and The Passion, Pride & Prejudice, Atonement, and Hanna all have long tracking shots in them. Atonement has a continuous 5-minute and 5 second shot of the Dunkirk evacuation. "Basically, I just like showing off", Wright told the audience at the Hay Festival.

In 2007, Wright became engaged to actress Rosamund Pike, but the wedding was called off in 2008.

Since January 2018, Wright has been in a relationship with American actress Haley Bennett. Their daughter, Virginia Willow, was born on 27 December 2018 in Brooklyn Heights. As of March 2021, they reside in Somerset, United Kingdom. 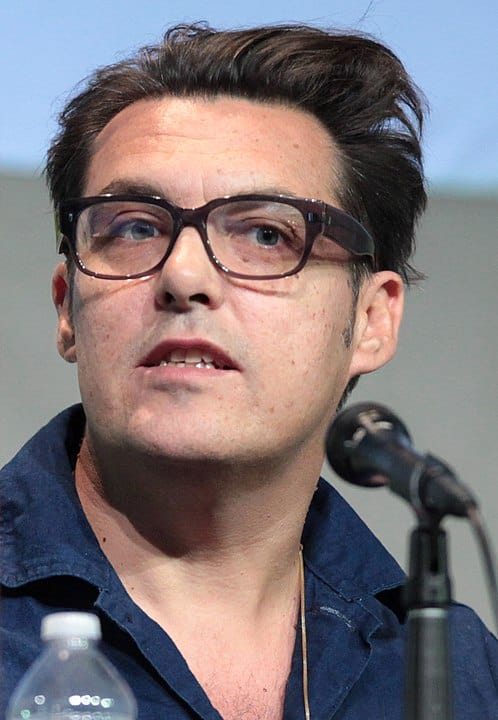 Joe Wright
see also
source
Adapted from content published on wikipedia.org
credit
Last modified on May 16, 2021, 11:59 am
previous
next
Videocide.com is a service provided by Codecide, a company located in Chicago, IL USA.