Kiyoshi Kurosawa (born 1955) is a Japanese film director, screenwriter, film critic, and professor at Tokyo University of the Arts. Although he has worked in a variety of genres, Kurosawa is best known for his many contributions to the Japanese horror genre.

Born in Kobe on July 19, 1955, Kiyoshi Kurosawa, who is not related to director Akira Kurosawa, started making films about his life in high school. After studying at Rikkyo University in Tokyo under the guidance of prominent film critic Shigehiko Hasumi, where he began making 8mm films, Kurosawa began directing commercially in the 1980s, working on pink films and low-budget V-Cinema (direct-to-video) productions such as formula yakuza films. In 1981, his 8mm film Shigarami Gakuen (しがらみ学園) was nominated for the Oshima Prize at the PFF (Pia Film Festival). In 1983, after he worked with Shinji Soumai, he released his first feature film Kandagawa Pervert Wars (1983). He became popular after The Excitement of the Do-Re-Mi-Fa Girl (1985) and The Guard from Underground (1992).

In the early 1990s, Kurosawa won a scholarship to the Sundance Institute by submitting his original screenplay Charisma. Then, he was able to study filmmaking in the United States, although he had been directing for nearly ten years professionally.

Kurosawa first achieved international acclaim with his 1997 crime thriller film Cure. Also that year, he experimented by filming two thrillers back-to-back, Serpent's Path and Eyes of the Spider, both of which shared the same premise (a father taking revenge for his child's murder) and lead actor (Show Aikawa) but spun entirely different stories.

Kurosawa followed up Cure with a semi-sequel in 1999 with Charisma, a detective film starring Kōji Yakusho. In 2000, Seance, Kurosawa's adaptation of the novel Seance on a Wet Afternoon by Mark McShane, premiered on Kansai TV. It also starred Yakusho, as well as Jun Fubuki (the two had appeared together in Charisma as well). In 2001, he directed the horror film Pulse. Kurosawa released Bright Future, starring Tadanobu Asano, Joe Odagiri, and Tatsuya Fuji, in 2003. He followed this with another digital feature, Doppelganger, later the same year. Both Bright Future and Doppelganger have nominated for the Cannes Film Festivals

In 2005, Kurosawa returned with Loft, his first love story since Seance. Another horror film, Retribution, followed in the next year. With his 2008 film, Tokyo Sonata, Kurosawa was considered to step "out of his usual horror genre and into family drama."

He has written a novelization of his own film Pulse, as well as a history of horror cinema with Makoto Shinozaki.

Kurosawa's next feature film Real, which stars Takeru Sato and Haruka Ayase, was released in 2013. He won the Best Director award at the 8th Rome Film Festival for Seventh Code later that year.

His 2015 film Journey to the Shore was screened in the Un Certain Regard section at the 2015 Cannes Film Festival where he won the prize for Best Director.

In 2016, his thriller Creepy premiered at the 66th Berlin International Film Festival. The film marked Kurosawa's first cinematic return to the horror genre since 2006.

His 2017 film Before We Vanish was screened in the Un Certain Regard category at the Cannes Film Festival.

His 2019 film To the Ends of the Earth was screened as the closing film in the Piazza Grande program of the 72nd Locarno Film Festival.

In 2020, Kurosawa won the Silver Lion for Best Direction at the 77th Venice International Film Festival for his film Wife of a Spy.

Kurosawa's directing style has been compared to those of Stanley Kubrick and Andrei Tarkovsky, though he has never expressly listed those directors as influences. In an interview, he claimed that Alfred Hitchcock and Yasujirō Ozu contributed to shaping his personal vision of the medium. He has also expressed admiration for American film directors such as Don Siegel, Sam Peckinpah, Robert Aldrich, Richard Fleischer, and Tobe Hooper.

In a 2009 interview with IFC, Kurosawa talked about the reason why he has cast the actor Kōji Yakusho in many of his films: "He has similar values and sensitivities. We’re from the same generation. That’s a big reason why I enjoy working with him on the set."

According to Tim Palmer, Kurosawa's films occupy a peculiar position between the materials of mass genre, on the one hand, and esoteric or intellectual abstraction, on the other. They also clearly engage with issues of environmental critique, given Kurosawa's preference for shooting in decaying open spaces, abandoned (and often condemned) buildings, and in places rife with toxins, pestilence and entropy.

According to the Tokyo Art University where he is teaching students, Kurosawa is talking about his style. The interviewer mentions that Kurosawa is also versatile when they are talked about Clint Eastwood. Kurosawa said he admires such people who can do many things. He says he does not put himself in one style or one theme; he thinks that is not interesting for him. "Next thing he wants to is something he has never done," he answered the question asking what he wants to try next.

In the same article, he mentions that he has seen many films since he was young, and he knows there are many great films all over the world. Those films motivate him to be a better filmmaker; he always asks himself how to make films that are memorable for a long time.

In an article by Tokyo Art University, Kurosawa names film critic Hasumi Shigehiko as a mentor and early influence in his filmmaking career. Much of Hasumi's influence would go on to shape the core of Kurosawa's filmography. Kurosawa met Hasumi in University, where he was one of the few students to finish his course, and credits Hasumi with teaching him that film is worth dedicating your entire life for. Hasumi and Kurosawa believe that every element of the film matters and must be meticulously planned. Kurosawa has also stated that one of his goals as a filmmaker is to share Hasumi's teachings. 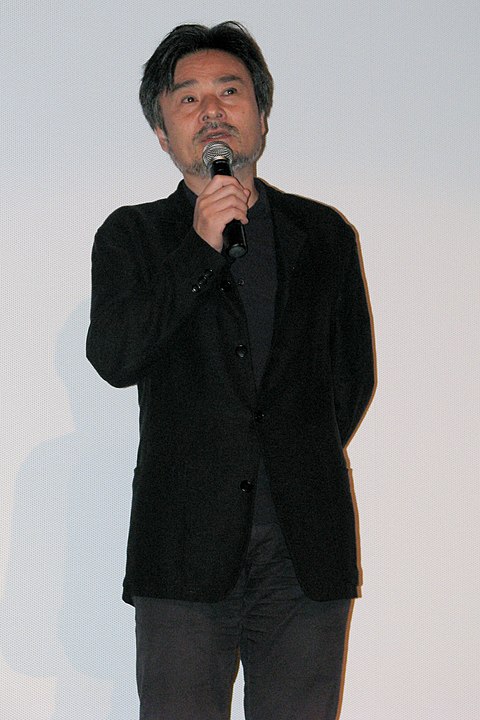