The M42 lens mount is a screw thread mounting standard for attaching lenses to 35 mm cameras, primarily single-lens reflex models. It is more accurately known as the M42 × 1 mm standard, which means that it is a metric screw thread of 42 mm diameter and 1 mm thread pitch. (The M42 lens mount should not be confused with the T-mount, which shares the 42mm throat diameter, but differs by having a 0.75mm thread pitch.) It was first used in Zeiss' Contax S of 1949; this East German branch of Zeiss also sold cameras under the Pentacon name; after the merger with other East German photographic manufacturers, the name Praktica was used. M42 thread mount cameras first became well known under the Praktica brand, and thus the M42 mount is known as the Praktica thread mount. Since there were no proprietary elements to the M42 mount, many other manufacturers used it; this has led to it being called the Universal thread mount or Universal screw mount by many. The M42 mount was popularized in the United States by Pentax; thus, it is also known as the Pentax thread mount, despite the fact that Pentax did not originate it. 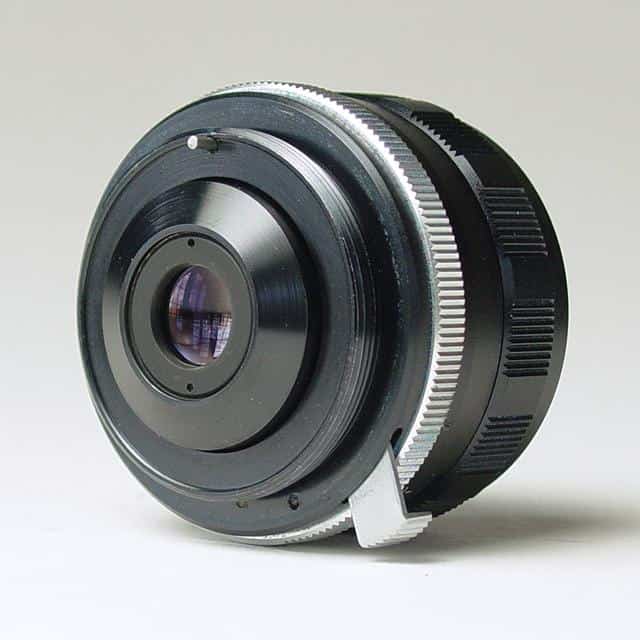