Marco Martins (born 1972 in Lisbon, Portugal) is a Portuguese Film and Theatre director, best known for his 2005 film Alice, which premiered at Cannes and won the Best Picture Award at the Directors' Fortnight.

During this period, his short films Mergulho no Ano Novo and No Caminho Para a Escola received critical acclaim, the former winning Best Short Film Award at the International Short Films Festival of Vila do Conde, and the latter taking Best Short Film and Best Director Awards at the VII Festival Ibérico de Cinema de Badajoz as well as the Eixo Atlântico Award at the Festival de Ourense.

In 2005, his first feature film, Alice, premiered at the Cannes Film Festival, and received a number of international awards, and made the long list for the Academy Awards Foreign Language Film prize.

A year later Marco Martins collaborates with screenwriter Tonino Guerra (a regular collaborator with Michelangelo Antonioni, Fellini, Tarkovsky, or Theo Angelopoulos) in the film A Longer Year premiered at the 2006 Venice Film Festival in competition.

In 2007, together with the actress Beatriz Batarda, he created the theater company Arena Ensemble. A creative platform where he develops work with a strong experimental and social component. His works, for the stage, have been presented on the main national stages and in international festivals. In 2018, his show Provisional Figures, created with the Portuguese community of Great Yarmouth, debuted at the Norwich / Norfolk International Festival. His most recent creation Perfil Perdu debuted at the Istanbul International Festival.

In 2011 the director collaborated with the artist Filipa César in the short film Insert, part of the artist's exhibition at the Centro Cultural de Belém, which would win the prestigious BES PHOTO prize and debut at the Rotterdam International Festival.

In 2013, Marco Martins collaborates with the Italian artist Michelangelo Pistoletto in the creation of the film Twenty-One-Twelve- The Day The World Didn't End premiered at the Louvre Museum and at the Rome Festival. 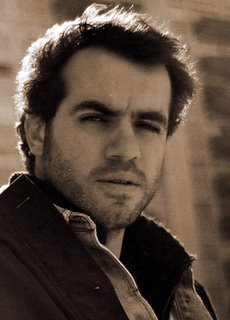 Marco Martins
see also
source
Adapted from content published on wikipedia.org
credit
Last modified on April 24, 2021, 9:03 am
previous
next
Videocide.com is a service provided by Codecide, a company located in Chicago, IL USA.