A line of photographic equipment from Minolta introduced in 1985 with the world's first integrated autofocus system in the camera body with interchangeable lenses.

The Minolta A-mount camera system was a line of photographic equipment from Minolta introduced in 1985 with the world's first integrated autofocus system in the camera body with interchangeable lenses. The system used a lens mount called A-mount, with a flange focal distance 44.50 mm, one millimeter longer, 43.5 mm, than the previous SR mount from 1958. The new mount was wider, 49.7 mm vs 44.97 mm, than the older SR-mount and had a longer flange focal distance making old manual lenses incompatible with the new system. The mount is now used by Sony, who bought the SLR camera division from Konica Minolta, Konica and Minolta having merged a few years before.

It was originally based around a selection of three 35 mm single-lens reflex (SLR) bodies, the 5000, 7000 and 9000. The system also included an extensive range of auto-focus lenses, flashes, a motor drive and other accessories. Compatible equipment was made by a number of third parties. The mount itself was both electronically communicating with the lens as well as used a mechanical arm to control aperture and a screw-type drive to control focusing.

In the following years, many different cameras and accessories were added to the range.

When Sony acquired Konica Minolta's camera technologies in 2006 they chose the "α" brand name (already in use by Minolta in Asia) for their new "Sony α" digital SLR system. The Dynax/Maxxum/α lens mount (which was retained from the old cameras) is now officially part of the "α mount system". 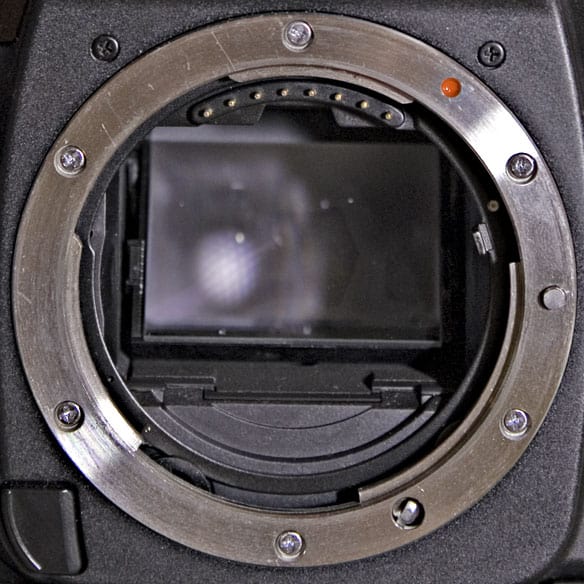