Nia DaCosta (born 1989) is an American director and screenwriter based in New York City. She wrote and directed the crime thriller film Little Woods (2019), winning the Nora Ephron Prize at the Tribeca Film Festival. She also directed the upcoming horror film Candyman (2021). In August 2020, DaCosta was hired to direct The Marvels, becoming the youngest filmmaker to direct a Marvel film after Ryan Coogler.

DaCosta was born in 1989/1990, in Brooklyn, New York, and raised in Harlem. She always knew she wanted to be a writer, but it wasn't until she watched Apocalypse Now (1979) that she became interested in filmmaking. This led DaCosta to research 1970s films where she found inspiration in directors such as Martin Scorsese, Sidney Lumet, Steven Spielberg, and Francis Ford Coppola. Citing Scorsese as a top inspiration, DaCosta enrolled at his alma mater, New York University Tisch School of the Arts. There, she met Scorsese while working as a TV production assistant.

After finishing school and working as a TV production assistant, DaCosta's script for Little Woods was one of the 12 projects chosen for the 2015 Sundance Screenwriters and Directors Labs. DaCosta funded a short film version of what would eventually become her first feature film through Kickstarter with the help of 72 backers who eventually raised $5,100.

Little Woods tells the story of Ollie (Tessa Thompson) a reformed drug runner in rural North Dakota and her estranged sister Deb (Lily James). When their mother dies, Deb shows up on Ollie's doorstep with her young son and reveals she is pregnant. This pushes Ollie to seek out a way to quickly raise money to pay back the bank and keep their mother's home and pushes Deb to decide whether or not she wants to go through with getting an abortion.

The film premiered at the Tribeca Film Festival in 2018, and was awarded the Nora Ephron Award for "excellence in storytelling by a female writer or director." It was then bought by Neon and distributed through North America in April 2019. DaCosta cites Debrah Granik's Winter's Bone and Courtney Hunt's Frozen River as being her main sources of inspiration for the script, as she feels that their films relay amazing performances and tense drama, yet tackle real issues in America. In a 2018 interview with FF2 Media, DaCosta stated the importance to her of telling the stories of "women...who are active" rather than passive figures in movies led by men.

It was announced in late 2018 that DaCosta was chosen to helm what has been described as a spiritual sequel to the original Candyman (1992). The film is said to return to the Chicago neighborhood where the legend began, yet it is now gentrified. The film is being produced by Jordan Peele through Monkeypaw Productions, with Peele citing the original as "a landmark film for Black representation in the horror genre." Yahya Abdul-Mateen II is set to star in the film, with Tony Todd returning as the film's titular villain, and Teyonah Parris and Nathan Stewart-Jarrett set to star alongside him. Production began in the spring of 2019 and wrapped the following September. Universal Pictures plans to release the film theatrically on August 27, 2021.

In August 2020, it was revealed that DaCosta would be directing the upcoming Marvel Studios film The Marvels, the sequel to Captain Marvel (2019). It is currently scheduled to be released on November 11, 2022. 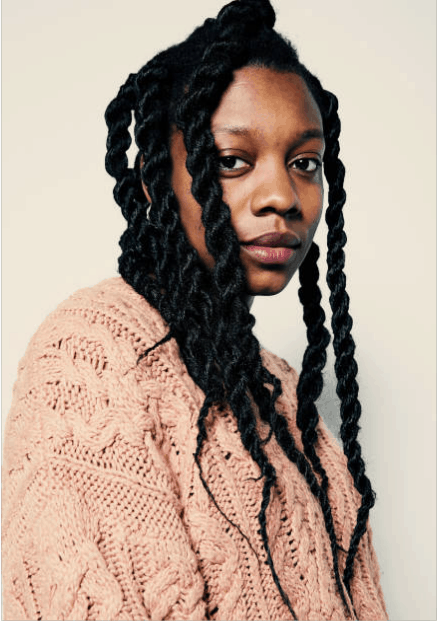