Noah Hawley (born 1967) is an American television writer, director, and producer, screenwriter, and bestselling author, known for creating and writing the FX television series Fargo (2014–present) and Legion (2017–2019). Hawley earlier worked on the television series Bones (2005–2008), The Unusuals (2009), and My Generation (2010). He is set to create a new television series based on the Alien film franchise.

Hawley was born and raised in New York City, New York. His mother, Louise Armstrong, was a non-fiction writer and activist, and his maternal grandmother was a playwright. His father, Tom Hawley, was a businessman. He has a twin brother, Alexi, who is a writer for the television show The Following and the creator of State of Affairs.

Hawley graduated from Sarah Lawrence College with a degree in political science in 1989. He worked for the Legal Aid Society in New York City, dealing with cases involving child abuse and neglect. He later moved to San Francisco. He worked in computer programming at law firms and as a paralegal.

Hawley was a writer and producer on the first three seasons of the television series Bones (2005–2008). He was also the creator and executive producer of The Unusuals (2009) and My Generation (2010).

Hawley is the creator, primary writer, and executive producer of the FX anthology television series Fargo (2014), based on the Coen brothers' 1996 film of the same name. On August 25, 2014, Fargo won the Primetime Emmy Award for Outstanding Miniseries, along with 17 additional nominations at the 66th Primetime Emmy Awards. In total, the series has been nominated for 113 awards since its premiere, winning 32 of them. The fourth season of Fargo premiered on September 27, 2020.

In December 2015, Hawley extended his production deal with FX. He wrote and served as executive producer for Legion, an FX television series based on the Marvel comic book character. Hawley will also write and executive produce a limited series adaptation of Kurt Vonnegut's Cat's Cradle for FX. He will executive produce, but not write for, two additional adaptations for FX: Hellhound on His Trail, based on the book of the same name, and The Hot Rock, also based on a book.

On December 10, 2020, it was announced that Hawley will be creating a television series based on the Alien franchise for FX, for which he will serve as the showrunner, primary writer, and executive producer. Ridley Scott, director of the original 1979 film Alien, is set to join him as an executive producer.

Hawley wrote the original screenplay for the film The Alibi (2006).

In September 2014, it was announced that Hawley had signed a deal with Universal Pictures to script an untitled project for their upcoming Dark Universe. Sony Pictures has acquired the rights to Hawley's latest novel, Before the Fall, with him writing the screenplay. In 2016, his 26 Keys production company signed a deal with 20th Century Fox to do films. On July 20, 2017, Hawley announced at Comic-Con that he is writing and directing a Doctor Doom movie with 20th Century Fox. However, the project was shelved following Disney's acquisition of 21st Century Fox.

In 2019, he made his feature film directorial debut with Lucy in the Sky, a drama film starring Natalie Portman as an astronaut, for Fox Searchlight. He has also been set to direct Man Alive, from a sci-fi spec script by first-time screenwriter Joe Greenberg.

In November 2019, it was announced that Hawley would be writing and directing the fourth installment in the rebooted Star Trek franchise. He finished the script in September 2020. It would feature a new crew, although set in the same universe. In late November 2020, it was revealed that the project was canceled and Hawley had left. 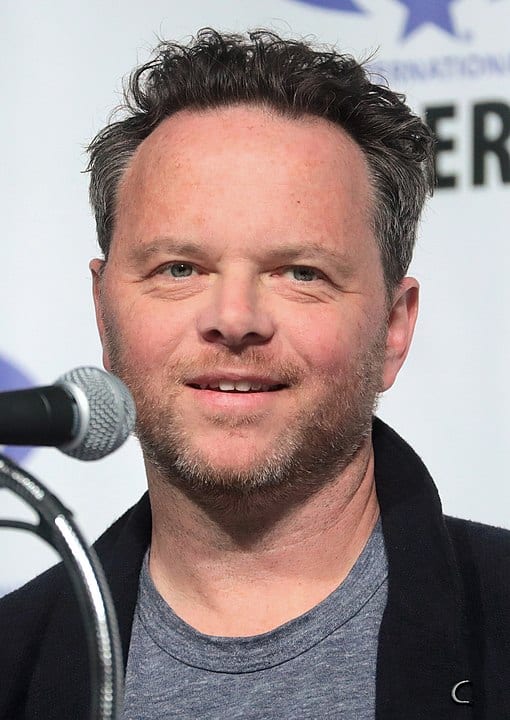