Stone won an Academy Award for Best Adapted Screenplay as the writer of Midnight Express (1978) and wrote the gangster movie Scarface (1983). Stone achieved prominence as writer and director of the war drama Platoon (1986), which won Academy Awards for Best Director and Best Picture. Platoon was the first in a trilogy of films based on the Vietnam War, in which Stone served as an infantry soldier. He continued the series with Born on the Fourth of July (1989)—for which Stone won his second Best Director Oscar—and Heaven & Earth (1993). Stone's other works include the Salvadoran Civil War-based drama Salvador (1986); the financial drama Wall Street (1987) and its sequel Money Never Sleeps (2010); the Jim Morrison biographical film The Doors (1991); the satirical black comedy crime film Natural Born Killers (1994); a trilogy of films based on the American Presidency: JFK (1991), Nixon (1995), and W. (2008); and Snowden (2016).

Many of Stone's films focus on controversial American political issues during the late 20th century, and as such were considered contentious at the times of their releases. They often combine different camera and film formats within a single scene, as demonstrated in JFK (1991), Natural Born Killers (1994), and Nixon (1995).

Like his subject matter, Stone has become a controversial figure in American filmmaking, with critics accusing him of promoting unsubstantiated conspiracy theories, and of misrepresenting real-world events and figures in his works. 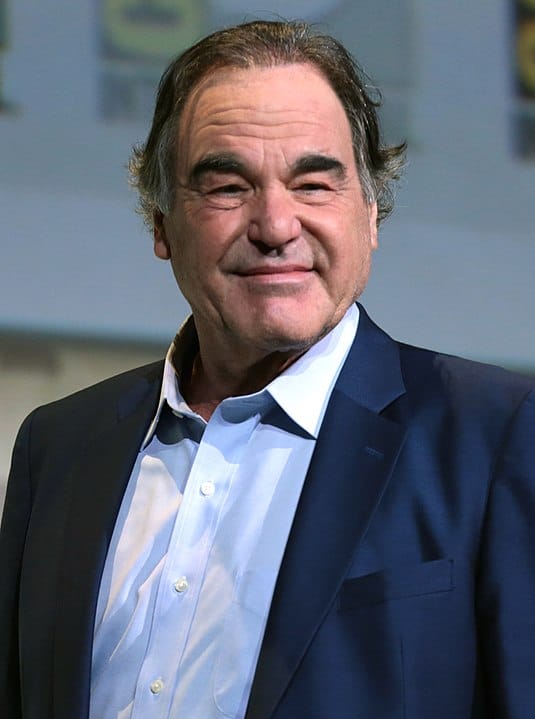