Ryan Kyle Coogler (born May 23, 1986) is an American film director, producer, and screenwriter. His first feature film, Fruitvale Station (2013), won the top audience and grand jury awards in the U.S. dramatic competition at the 2013 Sundance Film Festival. He has since co-written and directed the seventh film in the Rocky series, Creed (2015), and the Marvel film Black Panther (2018), the latter of which broke numerous box office records and became the highest-grossing film of all time by an African American director.

Coogler's films have received significant critical acclaim and commercial success. In 2013, he was included on Time's list of the 30 people under 30 who are changing the world. His work has been hailed by critics for centering on often overlooked cultures and characters—most notably African Americans.

He frequently collaborates with actor Michael B. Jordan, who appeared in his first three feature films, as well as composer Ludwig Göransson, who has scored four of his films.

In 2018, Coogler was named the runner-up of Time's Person of the Year and he was included in the annual Time 100 list of the most influential people in the world.

Coogler was born on May 23, 1986, in Oakland, California. His mother, Joselyn (née Thomas), is a community organizer, and his father, Ira Coogler, is a juvenile hall probation counselor. Both parents graduated from California State University, Hayward. He has two brothers, Noah and Keenan. His uncle, Clarence Thomas, is a third-generation Oakland longshoreman, and the former secretary-treasurer of the International Longshore and Warehouse Union.

Coogler lived in Oakland until age eight, when the family moved to Richmond, California. During his youth, he ran track and played football. He went to a private Catholic high school, Saint Mary's College High School in Berkeley, California, and did well in math and science.

Coogler attended Saint Mary's College of California in Moraga, California on a football scholarship as a redshirt wide receiver his college freshman semester, intending to major in chemistry. The football players were encouraged to take a creative writing course. Coogler's teacher praised his work, noting that it was very visual, and encouraged him to learn to screenwriting. As a student-athlete coming up in the Bay Area, Coogler befriended and often played against NFL running back Marshawn Lynch.

After Saint Mary's canceled its football program in March 2004, Coogler transferred and earned a scholarship to Sacramento State, where he grabbed 112 receptions for 1,213 yards and 6 touchdowns during his four years playing football. At Sacramento, he obtained a bachelor's degree in finance and also took as many film classes as he could fit in with the rigors of college football. Following graduation, he was accepted into the highly competitive three-year master's program at the USC School of Cinematic Arts, where he made a series of short films.

While at the USC School of Cinematic Arts, Coogler directed four short films, three of which won or were nominated for various awards. Locks (2009) screened at the Tribeca Film Festival and won the Dana and Albert Broccoli Award for Filmmaking Excellence. Fig (2011), written by Alex George Pickering, won the HBO Short Film Competition at the American Black Film Festival, the DGA Student Film Award, and was nominated for Outstanding Independent Short Film at the Black Reel Awards. Gap (2011), written by Carol S. Lashof, won the Jack Nicholson Award for Achievement in Directing.

Coogler's first feature-length film, Fruitvale Station (originally titled Fruitvale), tells the story of the last 24 hours of the life of Oscar Grant, who was shot to death by a police officer at Oakland's Fruitvale BART station on January 1, 2009. The film was developed and produced by Oscar-winning actor Forest Whitaker. "I've worked with a number of truly unique voices, true auteurs," Whitaker said of Coogler, "and I can tell when I'm talking to one."

After the film premiered at the 2013 Sundance Film Festival, where it won the top Audience Award and Grand Jury Prize in the dramatic competition, The Weinstein Company acquired distribution rights for approximately $2 million. The film was screened in the Un Certain Regard section at the 2013 Cannes Film Festival, where it won the award for Best First Film.

Following its release, the film won numerous awards and critical acclaim, including Best First Feature from the Independent Spirit Awards, Breakthrough Director at the Gotham Awards, Best Directorial Debut from the National Board of Review, and Best First Film at the New York Film Critics Circle Awards, among others. Peter Travers of Rolling Stone called the film "a gut-punch of a movie" and "an unstoppable cinematic force". A. O. Scott of The New York Times wrote that Coogler's "hand-held shooting style evokes the spiritually alert naturalism of Jean-Pierre and Luc Dardenne". Todd McCarthy of The Hollywood Reporter called it "a compelling debut" and "a powerful dramatic feature film".

Fruitvale Station grossed over $17 million worldwide after its theatrical run. On Rotten Tomatoes, the film received a score of 94% based on 195 reviews, with a critical consensus that reads: "Passionate and powerfully acted, Fruitvale Station serves as a celebration of life, a condemnation of death, and a triumph for star Michael B. Jordan." The film appeared on several critics' top ten lists of the best films of 2013.

In July 2013, it was reported that MGM had offered Coogler to direct Creed, a spin-off sequel of the Rocky films, which he had written with Aaron Covington.

Coogler arrived at the idea for the story after witnessing his father suffer from a neuromuscular disorder. His father was a huge fan of the Rocky films, having made Coogler watch Rocky II before major sporting events he participated in, such as important football games.

Creed, which was released on November 25, 2015, in the United States, reunited Coogler with Fruitvale actor Michael B. Jordan, who played Apollo Creed's son Donnie. The film was widely praised by critics.

In January 2016, Coogler signed on to co-write and direct the Marvel Cinematic Universe film Black Panther, making him the youngest Marvel Studios filmmaker. The film, starring Chadwick Boseman as the titular character, began production in January 2017 and was released in 2018. Michael B. Jordan appeared as the main antagonist Erik Killmonger, having thus starred in all of Coogler's feature films.

Upon release, the film was an overwhelming commercial success, grossing the fifth largest opening weekend box-office results of all time, as well as the second-highest four-day gross in history. It eventually became the highest-grossing film in history directed by an African American. After the release of A Wrinkle in Time in March 2018, it was the first time the top two films at the box office were directed by an African American filmmaker— Coogler for Black Panther and Ava DuVernay for A Wrinkle in Time.

The film was also a critical success. Rotten Tomatoes' critical consensus reads, "Black Panther elevates superhero cinema to thrilling new heights while telling one of the MCU's most absorbing stories—and introducing some of its most fully realized characters." Manohla Dargis of The New York Times called Black Panther "a jolt of a movie" and said "in its emphasis on black imagination, creation, and liberation, the movie becomes an emblem of a past that was denied and a future that feels very present. And in doing so opens up its world, and yours, beautifully." Brian Truitt of USA Today awarded the film four out of four stars and called it Marvel Studios' best origin film since Guardians of the Galaxy. The film was also noted for its representation of black people and subject matter related to Afrofuturism.

Other works and future projects

Coogler served as an executive producer on the ESPN 30 for 30 film The Day the Series Stopped, about Game Three of the 1989 World Series between the San Francisco Giants and the Oakland Athletics, when an earthquake shook the Bay Area to its core.

In January 2013, Coogler said he was working on a graphic novel and young adult novel about an undisclosed subject matter.

Coogler will work with Jordan for a fourth time in the upcoming film Wrong Answer, based on the Atlanta Public Schools cheating scandal.

Coogler served as an executive producer on Creed II, and has written the story outline for the upcoming Creed III.

In February 2021, Coogler's production company Proximity Media signed an exclusive five-year deal with Disney to produce content for them, which includes a Disney+ television series based in Black Panther's home country of Wakanda.

Coogler has worked since age 21 as a counselor with incarcerated youth at San Francisco's Juvenile Hall, following in the footsteps of his father, who has long shared the same occupation. Coogler is also a founding member and supporter of the Blackout For Human Rights campaign, which is committed to addressing racial and human rights violations happening throughout the United States. 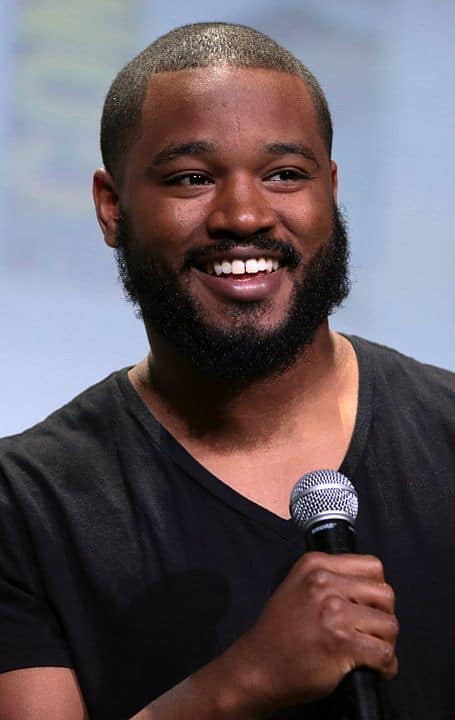 Ryan Coogler
see also
source
Adapted from content published on wikipedia.org
credit
Last modified on May 16, 2021, 11:43 am
previous
next
Videocide.com is a service provided by Codecide, a company located in Chicago, IL USA.