Volker Bertelmann (born 1966) is a German pianist and composer who mainly performs and records under the name Hauschka. He is best known for his compositions for prepared piano.

Volker Bertelmann was born in Kreuztal, Germany. He grew up in the village of Ferndorf in the district of Siegen-Wittgenstein, North Rhine-Westphalia. The fifth of six children, he discovered piano playing at the age of nine at church service. He began studying classical piano and continued taking lessons for the next ten years.

Bertelmann formed his first rock band when he was fourteen. During the following years, he was commissioned to compose music for television and sang in a number of other bands. After leaving school he moved to Cologne, where he began studying medicine and then switched to a course in business economics, but gave up both in order to concentrate on music.

In 1992, Hauschka and his cousin formed the hip-hop duo God’s Favorite Dog, who became known above all for their tracks Love and Pain and Sway. They released an album on Sony Music's Epic label and went on to perform nationally and internationally, among others as a support act for Die Fantastischen Vier. The duo split in 1995 to pursue other directions.

After a period of drifting, Bertelmann moved to Düsseldorf and started making music again, drawing on his years of classical piano training. He composed pieces for piano and released them under the alias Hauschka – as he wanted to find an east European sounding synonym and he found Bohemian composer Vincenz Hauschka as a reference.

The first Hauschka album Substantial was released in 2004 on the Cologne label Karaoke Kalk, followed in 2005 by The Prepared Piano on the same label. On this second album, Bertelmann explored the possibilities of the prepared piano by wedging pieces of leather, felt, or rubber between the piano strings, wrapping aluminum foil around the hammers, placing small objects on the strings, or joining them together with guitar strings or adhesive tape.

In 2007 Bertelmann signed a recording contract with 130701, an imprint of FatCat Records, through which his album Ferndorf was released in 2008.

Following a concert performance with the Magik*Magik Orchestra, Bertelmann decided to integrate other musical instruments into his compositions, and in January 2010 the resulting works were performed in San Francisco by an orchestra led by Minna Choi. With Ian Pellicci as the sound engineer, they were recorded in John Vanderslice's Tiny Telephone studio. Volker Bertelmann then recorded the piano tracks at Studio Zwei in Düsseldorf, and the album Foreign Landscapes was released on the 130701 labels later that year.

On his 2011 album Salon des Amateurs Bertelmann collaborated with notable musicians such as Samuli Kosminen (Múm, Edea), Jeffrey Zeigler (ex Kronos Quartet), Pekka Kusisto, The band Múm, Nik Bartsch, Henrik Schwarz, and Hilary Hahn, as well as Calexico's Joey Burns and John Convertino. These recordings were originally intended as a joint release with Foreign Landscapes, whereby on the one hand the piano was going to be just one instrument among many, and on the other, it was to be used primarily as a rhythm instrument. The recorded pieces did not fit together in the way Bertelmann had envisaged, however, so he decided to release the two albums separately. Foreign Landscapes represents a shift of focus away from the prepared piano as a solo instrument, while Salon des Amateurs signals a move towards a more strongly rhythmic approach.

In May 2012 Silfra, a collaborative album with the American violinist Hilary Hahn was released on Deutsche Grammophon. Named after the Silfra rift in Iceland, it consists of twelve improvisations by Bertelmann and Hahn that were recorded by Valgeir Sigurdsson at Greenhouse Studios in Reykjavík.

In 2012 Bertelmann wrote his first score for a feature film, entitled Glück, which was directed by Doris Dörrie.

2015 - Present: Lion, What If and commissioned works

In 2015, Bertelmann was an artist-in-residence at the MDR Leipzig Radio Symphony Orchestra. He created three pieces for them, most notably his collaboration with Múm entitled ‘Drowning’, which they premiered at the Gewandhaus in Leipzig on June 27, 2015. In 2016, he was commissioned to create a piece for acclaimed cellist Nicholas Altstädt. The piece, Lost, premiered at Viva Cello in September 2016.

In 2016, Bertelmann collaborated with Dustin O'Halloran on the score for the Oscar-nominated film Lion. The score of the film was nominated for all major awards including the Academy Awards, Golden Globes, BAFTAs, and Critics’ Choice Awards.

In 2017, he released the solo album ‘What If’ on City Slang and Temporary Residence. The album explores the possibilities of his music, inspired by hip-hop, performed by fast and accurate player pianos. Bertelmann wrote two pieces for Avi Avital, called Flood and Drought, which premiered at the Schleswig-Holstein Musik Festival in July 2017.

In 2018, he composed the score for the film Adrift, which is based on the true story of a sailor stranded at sea after a storm. Adrift is directed by Baltasar Kormákur and stars Shailene Woodley and Sam Claflin. Hauschka stated, "Collaborating with Baltasar Kormákur was a wonderful experience and he gave me a lot of freedom to find the right sound for the film. Adrift tells a story about love and the fragility of human existence, so I wanted to create some sort of instrumental tension to reflect both the darkness and peril, as well as the lightness and love in this film. We ended up recording a full-string orchestra at British Grove in London and added piano and experimental electronics to create a diverse and dynamic score. I'm very happy with the result, and I feel fortunate to have been part of this powerful film."

In 2019, he created the Hauschka Composer Toolkit sample library with Spitfire Audio, featuring many of his signature sounds. 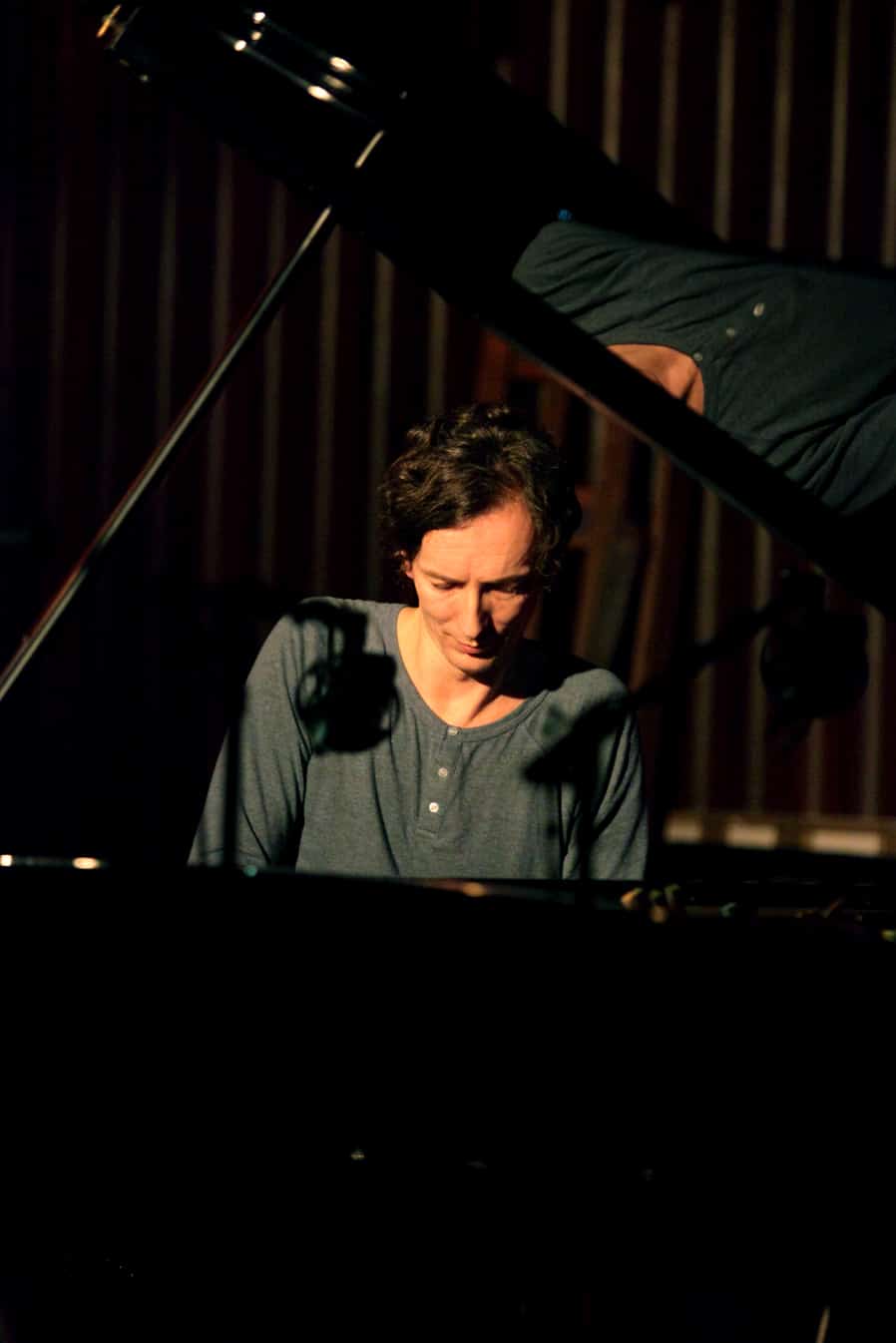