Hays Recruitment engaged with CMA Video to film their conference held at Millennium Point in Birmingham. The… We were commissioned to film the event in partnership with i One Photography who captured still images while we filmed the proceedings. The biggest challenge was the lighting in the lecture theatre which proved to be extremely dark but our production team were able to deal with it. The brief also included a quick turnaround of the video so that Hays Recruitment could use it for social media. The project represents another event….

Read The Full Article
of related interest
on cmavideo.co.uk 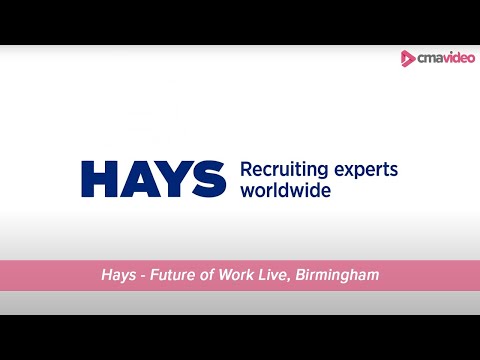 · Play Video ·
3 YouTube TrueView ad formats you should know -- and tips for how to use them
5 Effective Marketing Video Tips for Your Small Business
The curated content published in the news section is provided as-is. Videocide is not associated with, and neither endorse, promote or profit from the businesses or authors that publish the referenced web content. Use at your own risk.
Videocide.com is a service provided by Codecide, a company located in Chicago, IL USA.