Multi Camera asynchronous Switching for Shogun 7 - Videoguys Blog. The new firmware update for the Atomos Shogun 7 is a game changer! Atom OS 10. 4 firmware is a free update, and it is available now for download.

The update adds new asynchronous switching and quad iso recording to the already powerful Shogun 7 monitor/recorder. With Atom OS 10. 4 users can transform their Shogun 7 into an intuitive, portable, battery powered, all in one multi-camera switcher. The Shogun 7 allows four camera channels which can be recorded simultaneously as separate ISOs. These recordings can be done in both Apple Pro Res or Avid DNx to the same SSD drive..

Read The Full Article
of related interest
on videoguys.com 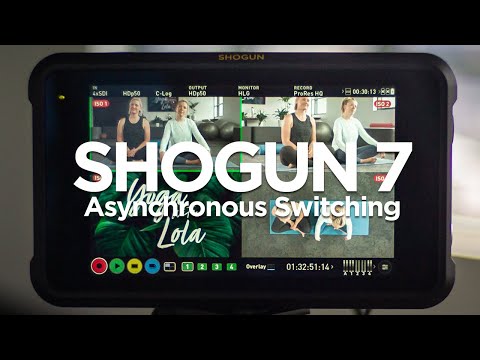 · Play Video ·
Wirecast Creates Adrenalin-Fueled Live Streams
The 18 Most-Followed TikTok Brands and Influencers
The curated content published in the news section is provided as-is. Videocide is not associated with, and neither endorse, promote or profit from the businesses or authors that publish the referenced web content. Use at your own risk.
Videocide.com is a service provided by Codecide, a company located in Chicago, IL USA.