This is how to recreate

a single piece of software

With Star Wars: The Rise of Skywalker doing the cinema rounds right now, what better way to indulge than with a very… With Star Wars: The Rise of Skywalker doing the cinema rounds right now, what better way to indulge than with a very effective fan trailer, made with FXhome Hit film software. The short trailer, called Rise of the Dark Side shows off the power of the company Hit film software. Everything from X-Wing fighters sequences to forest chases with laser firing all over are recreated.

The team has also released a comprehensive set of tutorials showing exactly how they made it. These include how to create a Star Wars style title, how to use 3D tracking (including a free AT-ST model to download), a Force lightning effect, how to create a digital double for stunt sequences, compositing simulations from Blender, as well as a BTS video showing the filming process. The trailer is very short, but as…. 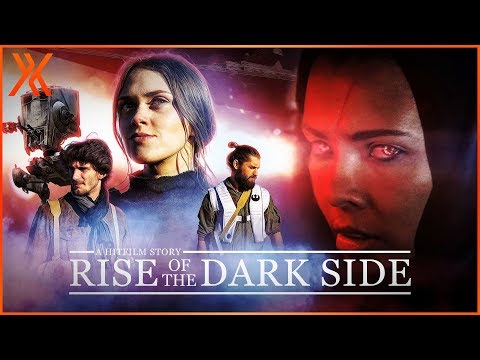 · Play Video ·
Netflix's UX Design is Keeping Us Up at Night
A toy startup has perfected the viral Youtube marketing strategy for reaching kids in 2019. Here's how to launch an Amazon bestseller through unboxing videos and 100+ influencer partnerships.
The curated content published in the news section is provided as-is. Videocide is not associated with, and neither endorse, promote or profit from the businesses or authors that publish the referenced web content. Use at your own risk.
Videocide.com is a service provided by Codecide, a company located in Chicago, IL USA.