that works at range

The Sennheiser Memory Mic looks like an affordable option for those who capture video with a smartphone, producing… The Sennheiser Memory Mic looks like an affordable option for those who capture video with a smartphone, producing professional sound at an affordable price. It essentially a lav mic that can really increase production value, or be used as an external audio recording device when filming with a DSLR or mirrorless camera, for example. We have seen it before: Videos captured from a smartphone with average sound, even if it is similar to using a dedicated camera microphone, recording sound with a Smartphone built-in mic will only be good if the subject is close and facing the mic.

That where the Sennheiser Memory Mic comes in: This microphone first connects to a smartphone via Bluetooth, and then the company promises not to worry about range. This is because the mic stores up to 4 hours…. 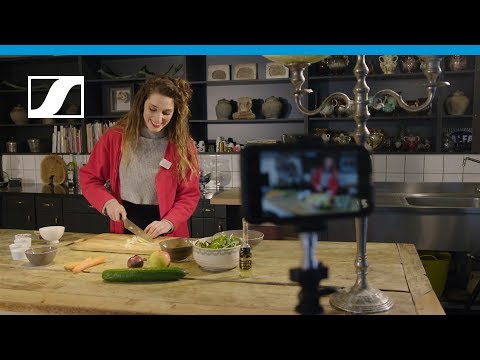 · Play Video ·
How to create a video style guide
How to Overcome Live Streaming Fears: Ask the Experts
The curated content published in the news section is provided as-is. Videocide is not associated with, and neither endorse, promote or profit from the businesses or authors that publish the referenced web content. Use at your own risk.
Videocide.com is a service provided by Codecide, a company located in Chicago, IL USA.