Qoo Cam 8K Review - The Best Consumer 360 Camera Yet? . This camera wins, for the time being, based largely on… Qoo Cam 8K Review - The Best Consumer 360 Camera Yet? . This camera wins, for the time being, based largely on captured photo and video resolution, bit depth and dynamic range. With 8K capable smartphones hitting the market this year, the idea of a compact dual camera design featuring two 8K sensors is not so far fetched.

Stitching and Rendering 8K 360 VideoProcessing 10-bit, 8K HEVC video recorded with the Qoo Cam 8K camera at the maximum rate (200Mbps) is heavy going. It flat out refused and the Qoo Cam Studio software would only render a garbled mess into an Apple Pro Res file, and it did that painfully slowly. I managed to render a few test files on a much more powerful Windows workstation in Qoo Cam Studio to bring back to my Mac. The internal 3000 m Ah battery charges via USB…. 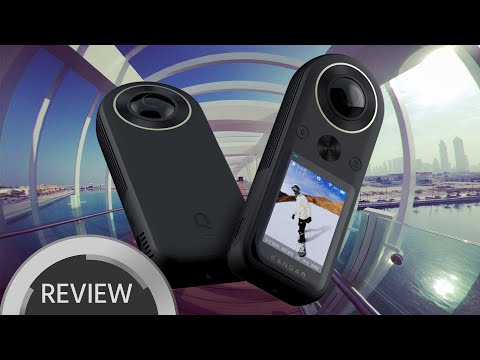 · Play Video ·
Web Streaming with Remote Guests
How to Record a Zoom Meeting in High Quality for Video Editing
The curated content published in the news section is provided as-is. Videocide is not associated with, and neither endorse, promote or profit from the businesses or authors that publish the referenced web content. Use at your own risk.
Videocide.com is a service provided by Codecide, a company located in Chicago, IL USA.