It seems that Simon Says can now deliver these near-perfect transcripts in multiple languages, so they figured it might… It seems that Simon Says can now deliver these near-perfect transcripts in multiple languages, so they figured it might be a good time to take the next step: What exactly do filmmakers do once the triscript is ready? Well, most likely they build what’s called a paper edit. Their most recent offering, Simon Says Assemble (we reported about it here before), even lets you create a video rough cut of your story based on these automatically generated transcripts. Simon Says Assemble itself is free to use, but the underlying process of transcribing videos requires a paid service from Simon Says.

We had the opportunity to speak with Shamir Allibhai, CEO of Simon Says, to learn more about the underlying technology and the company’s latest offering: Simon Says Assemble. Simon Says is an…. 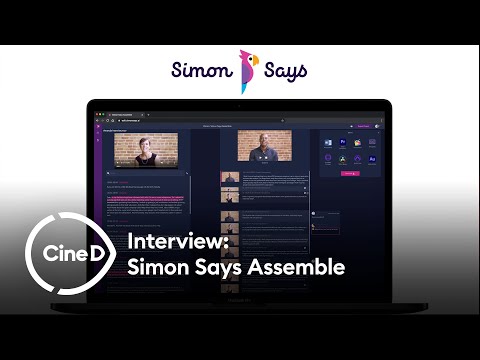 · Play Video ·
Da 5 Bloods: VFX Breakdown by Molecule VFX
Use your college assignments to improve your writing skills
The curated content published in the news section is provided as-is. Videocide is not associated with, and neither endorse, promote or profit from the businesses or authors that publish the referenced web content. Use at your own risk.
Videocide.com is a service provided by Codecide, a company located in Chicago, IL USA.